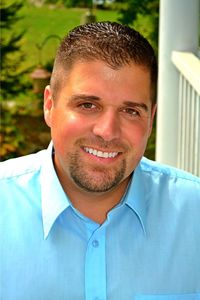 State Representative Brian Ohler (R-64) was recognized by The Connecticut League of Conservation Voters as a 2017 Environmental Champion for his efforts in passing a new law to provide better transparency on decisions about pesticide/herbicide applications along railroads in the Northwest Corner, and throughout the state.

“I am very humbled and appreciative by this recognition from the CTLV. It is a great honor to be named one of their 2017 Legislative Champions,” stated Ohler. “However, I cannot accept this recognition without extending my grateful appreciation to others who have helped me pass this critical piece of environmental legislation. Libby Mitchell, a resident of West Cornwall and Gordon Ridgway, First Selectman of Cornwall, were instrumental in the drafting and concept process of the law. Our State Senator, Craig Miner, was a steadfast proponent of the idea. I relied on his guidance through the legislative process, from proposal form, to committee, through negotiations, and finally to its successful passage. Protecting our environment should be a way of life, an unwavering routine in our daily lives. We need to be more proactive, not necessarily reactive, when it comes to being environmental stewards.”

“We are grateful to Representative Brian Ohler for pursuing this important legislation. His successful effort on an important environmental issue as a newly elected legislator in the Connecticut General Assembly is refreshingly positive in a year where legislators struggled to make progress on protections for our land, air, and water,” said Lori Brown, Executive Director of the CT League of Conservation Voters. “For this effort, we commend Representative Ohler as a 2017 Environmental Champion.”

The original legislation, AN ACT REQUIRING NOTICE PRIOR TO PESTICIDE/HERBICIDE APPLICATIONS BY RAILROAD COMPANIES AND REQUIRING VEGETATION MANAGEMENT PLANS BY SUCH COMPANIES, was thought to have failed without final action when the regular session of the CT General Assembly ended on June 7. However, provisions of the negotiated bill were wrapped into a comprehensive transportation package that passed both House and Senate on the very last night of session. That bill was signed by the Governor and is now Public Act 17-230.

The passage of this language, mandating reporting times and full transparency, requires public notice after Vegetation Management Plans have been submitted so residents can be educated and included in the process. Towns are free to appeal any number of proposals and projects, but citizens are often not made aware of pending actions before it is too late. Under this law, a very thorough and in-depth report outlining the railroad’s management plan will be submitted to the towns each year. If towns are not satisfied with the proposed management plan put forward by the railroad company, and the company does not accept their requested changes, the town can appeal through the Department of Transportation.

Lynn Werner, Executive Director of the Housatonic Valley Association, commented on the importance of this new law to keep citizens better informed and able to engage in decisions impacting the environment along the Housatonic River.

"This sets up a valuable process for citizens and community leaders to review and respond to the vegetation management plans along railways, and to modify pesticide/herbicide applications as needed before they happen. This gives a critical ‘heads up’ that towns and residents along railroad rights-of-way need, especially along sensitive wildlife habitat corridors like the Housatonic River."

Many concerned residents who live along Route 7 and the Berkshire Hills Route Railroad Corridor spoke up after witnessing the destruction of countless White Pine trees and other precious plant species following an indiscriminate “fog spraying” of toxic pesticides/herbicide along the local railway. CTLCV looks forward to working with Representative Ohler on important environmental concerns at the state legislature in 2018.