Rubin, Anderson and Coleman-Prisco Win Board of Education Seats in Norfolk 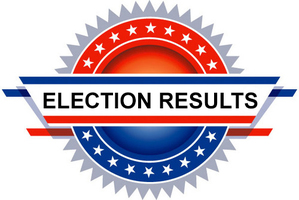 In one of the few contested seats in today's Norfolk election, Republican Donna Rubin retained the Board of Education seat she has held for the past 16 years. Also elected to the school board were Democrats Gordon Anderson and Virginia Coleman-Prisco.

For Board of Finance, Democrat Grant Mudge and Republican Jeffrey Torrant will hold seats, and Democrat-endorsed Edward (Ned) Barron won a seat on the Board of Assessment Appeals.

In the fourth and final contested race, the new members of the Planning and Zoning Commission are Democrats Christopher Schaut and Melissa Renkert.

The remaining open seats were uncontested. Incumbent First Selectman Matthew Riiska, and the two other current members of the Board of Selectmen, Democrat Paul Madore and Republican Alexandria (Sandy) Evans were returned to their seats with no contest, as did Republican Tax Collector Sarah Bruso and Democrat Town Treasurer Chelsea Byrne.