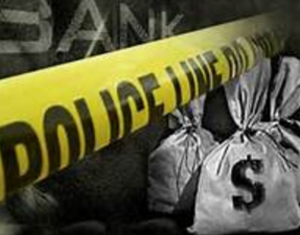 At approximately 2:52 p.m. on Wednesday, February 15, Troop B in  North Canaan responded to a reported bank robbery at Torrington Savings Bank at 10 Route 126 in Falls Village.  The suspect did not display a weapon and made off with an undisclosed amount of money and then left in a vehicle.

The suspect vehicle was spotted on Route 44 by a Troop B Trooper moments later.  The vehicle sped off before the Trooper could attempt to stop it.  The vehicle was located after it lost control and struck a tree off the roadway.  A male and female in the vehicle were subsequently taken into custody.  Both suspects were transported by Emergency Medical Services for non-life threatening injuries sustained in the crash.

Following their discharge from the hospital, the suspects, Eric J. Sheridan and Rachelle Winter, were taken into custody.  It is reported that Sheridan was also wanted in connection with a bank robbery in Great Barrington, Mass. on Monday.