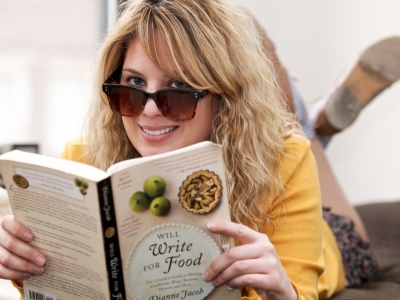 If you ask anyone who knows me, they would say hats are my signature accessory. It should come as no surprise then, that I also wear many hats in both my life and career. I have a wide range of experience and expertise in writing, hosting, improvisational acting, modeling and singing and I'm always ready to take on a new challenge and explore the unfamiliar.

After attending the Pennsylvania State University, and while interning at the Walt Disney World Resort in Florida and later at Radio Disney in New York City, I realized that I wanted to explore my lifelong interests in travel, fashion and cuisine.

Shortly after graduation, I held the title of regional editor for a local entertainment magazine in State College, Pa and later worked as a staff writer and editor for AAA Traveler Magazine. I attended the Travel Channel Academy in Washington D.C. in the spring of 2010 and was selected as an on-air host and blogger for the Sell Your Seoul campaign and the hit YouTube show, Wine and Food in Motion. This past summer I was chosen as a Dirndl Ambassador for the Austria Tourism Board and the official Water Courier forGerolsteiner water and the U.S. Open.

I've appeared on MTV, NBC, the Food Network, WeTV, and can now be seen on the new Syfy Network show, School Spirits. My work has been featured on Buzzfeed, Blog Brunch, and in The Huffington Post,All You Magazine, Warning Magazine, The Daily Record and The Star Ledger. I was also a speaker at the 2013 Fitbloggin' conference, and have performed at Carnegie Hall and the Upright Citizens Brigade Theater.

In my spare time, I enjoy volunteering at the Maritime Aquarium, researching horseshoe crabs, traveling, reading, singing, dancing, and spending time at home with my boyfriend, Walter and cat, Zooey.

Email: This email address is being protected from spambots. You need JavaScript enabled to view it.