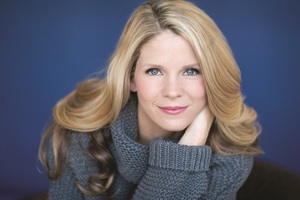 O’Hara’s Broadway musical productions include “Jekyll & Hyde,” “Follies,” “Sweet Smell of Success,” “Dracula,” “The Light in the Piazza,” “The Pajama Game,” “South Pacific,” “Nice Work If You Can Get It,” “The Bridges of Madison County,” “The King and I,” for which she won the Tony Award® for Best Leading Actress in a Musical, and “Kiss Me, Kate.”

Rudetsky is currently the afternoon host on Sirius/XM® Satellite Radio’s “On Broadway” as well as the host of “Seth Speaks” on Sirius/XM® Stars. He co-wrote and starred in the musical “Disaster!” which ran Off-Broadway for three years before transferring to Broadway.

The gala will feature a live auction led by professional auctioneer CK Swett, who was hailed by the The New York Times as having "managed to shake up the staid world of auctioneering." Swett’s career in the auction world includes Christie’s, Phillips, Heritage, and Lot 1, which he co-founded in 2016. Swett’s charity auctioneering efforts have yielded nearly $100 million across more than 600 events. Gala auction items, listed at https://WCP2019.givesmart.com, include a conversation with Chief Justice John G. Roberts, Jr., on September 24, as well as Broadway theater tickets; trips to London, Italy, Bahamas, and other destinations; sports events; jewelry; and many other unique items and experiences.

Westport Country Playhouse is a nonprofit 501(c)(3) corporation and contributions are tax-deductible, less the value of goods and services received, as provided by law. All donations receive recognition in the evening’s program and inclusion as a 2019 Gala donor in 2020 Season programs at applicable giving levels.

Gala proceeds will benefit the non-profit, professional producing theater, now in its 89th season - its work on stage, with schools, and throughout the community.

For more Gala information or ticket purchases, contact the Playhouse box office at 203-227-4177 or visit westportplayhouse.org/Gala2019.