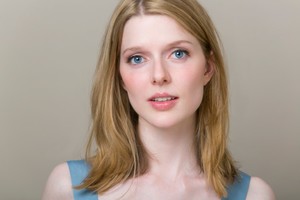 Westport Country Playhouse will present a Script in Hand playreading of “Miss Bennet: Christmas at Pemberley,” the romantic comedy sequel to Jane Austen’s “Pride and Prejudice,” by Lauren Gunderson and Margot Melcon, on Monday, December 16, at 7 p.m. The reading will be directed by Anne Keefe, Playhouse associate artist and curator of the playreading series. Tickets are $20 each.

“’Miss Bennet: Christmas at Pemberley’ ticks so many boxes!,” said Keefe. “It has a literate, classic setting and well-loved characters wrapped in comedy and tied with a romantic bow. I hope you make it part of your holiday, whatever that may be.”

“Miss Bennet: Christmas at Pemberley” was one of the most produced plays in the U.S. in 2017.  Set in December 1815, two years after “Pride and Prejudice” ends, “Miss Bennet:  Christmas at Pemberley” focuses on middle-sister Mary as its unlikely heroine. At Pemberley, the grand estate of Mr. and Mrs. Darcy, an unexpected guest at a holiday gathering sparks Mary's hope for independence, an intellectual match, and possibly, even love.

Stage directions will be read by Alexandra Rapapport. Stage manager is Megan Smith.

The co-playwrights are Lauren Gunderson and Margot Melcon.  Gunderson is the most produced living playwright in the U.S.  She is a winner of the Lanford Wilson Award and the Steinberg/ATCA New Play Award. Her work has been commissioned, produced, and developed at companies across the U.S.  She is Playwright in Residence at Playwrights Foundation. Melcon is a theater artist, administrator, and writer. She was the director of new play development at Marin Theatre Company for seven years, where she dramaturged over 30 productions and administered the company’s two annual new play prizes and commissioning program.

All dates, titles, and artists subject to change.

The Script in Hand Playreading Series will continue on Mondays at 7 p.m. on February 24, March 23, and April 27; titles to be announced.

The Script in Hand Playreading Series is sponsored by Marc and Michele Flaster in 2019 with support from the White Barn Program of the Lucille Lortel Foundation.