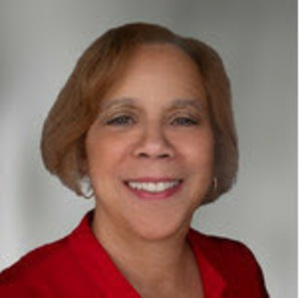 Cheryl Williams, formerly Vice President of the Board, was elected President at the July 2021 annual CAFC Board of Directors meeting. She takes the place of Cindy Vaccaro, who has been President since 2015. Cheryl lives in Norwalk and joined the Board in December 2015. She was with CBS for over 30 years in engineering, operations and production management, most recently as Director of Production for CBS News. Cheryl is the principal and founder of Cherwill Designs & Events, a company focused on technology & creativity, offering operations & production support, virtual and in-person event planning and digital marketing. Cheryl has a BA from Spelman College, a BS in Electrical Engineering from Georgia Tech, and an MBA in Finance from NYU.

The new Vice President of the CAFC Board of Directors is Kim Morque, co-owner of Spinnaker Real Estate Partners, who joined the Board in December 2019. Kim has been a principal with Spinnaker since 1998 and has over thirty years of experience in land use, real estate development and management, commercial construction, and place making.

Patricia Rattray was elected unanimously onto the CAFC Board of Directors in July. She lives and works in Stamford. She is a real estate professional working for William Pitt Sotheby's, as well as a business consultant helping small business owners on strategic planning and business operations across a variety of industries including construction, manufacturing, property management, professional services and non-profits. Patricia graduated from Brown University with a Bachelors in Education. She also gained a Master's Degree in Drama Therapy from New York University. Patricia has volunteered for United Way of Western Connecticut, was the co-founder of Stamford's chapter of Lean In, a discussion group for professional women, and is also a board member of New Neighborhoods.

At a special meeting of the CAFC Board held August 12, 2021, Bill Purcell was also elected unanimously on to the Board. Mr. Purcell has been President of the Greater Valley Chamber of Commerce, based in Shelton, and a member of CAFC, since 2000. Previously he served as the Executive Vice President of the Worcester Area Chamber of Commerce. A firm believer in life-long education and continued professional development, Bill earned the highest professional designation in the Chamber profession when he was designated a “Certified Chamber Executive” in 2000 by the American Chamber of Commerce Executives. In 2002, he was named a “Certified Association Executive” by the American Society of Association Executives. In addition, he was elected by his Chamber peers as President of the Connecticut Association of Chamber of Commerce Executives for a two-year term ending in June, 2012. Bill has taken on leadership positions with a variety of local nonprofits, including the Valley United Way, the Boys and Girls Club and ACT/Spooner House, to name a few. Bill earned his Bachelor of Science Degree in Urban Studies and Public Administration from Worcester State University and his MBA from Babson College in Wellesley, MA.

The Board thanked Cindy Vaccaro for her leadership and service to the CAFC Board. She will remain on the Board as Past President. Cindy joined the CAFC Board in December 2012 and took over the presidency from Elizabeth Morten in May 2015. During her tenure, CAFC established the ACE Awards and received a grant of $215,000 from the Daniel E. Offut, III Charitable Trust. She has been an indefatigable fundraiser and financial contributor to the Cultural Alliance. She has always been a strong proponent of arts advocacy and arts education and spearheaded two special CAFC fundraising events - "Purple Dreams" and "Designers Celebrate the Arts." Angela Whitford, former executive director during Cindy’s tenure said: "Cindy Vaccaro’s dedication, hard work, and vision in leading the Cultural Alliance of Fairfield County were extraordinary. I am grateful for her commitment to the organization’s growth during challenging times and her steady leadership’s impact. Working with her for more than five years was a privilege, and I wish her much happiness and some well-deserved rest.”

Questions may be addressed to David Green at CAFC:  This email address is being protected from spambots. You need JavaScript enabled to view it.