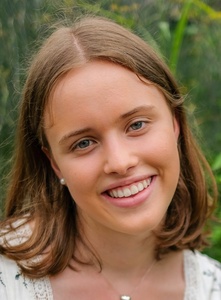 “We’re thrilled to have included young talent from throughout the state in this year’s competition and were quite impressed by their submissions, said Michele Turk, Connecticut Press Club President. “We look forward to honoring the student winners at our annual awards ceremony and to continue the high school competition moving forward.”

The National Federation of Press Women oversees the contest, and first-place winners on the state level will be forwarded for national awards consideration.

Later this month, the Connecticut Press Club will announce the winners of its popular Communications Contest, which rewards excellence in 61 categories.

The Connecticut Press Club is an affiliate of the National Federation of Press Women (NFPW) and includes both male and female members. The club welcomes all types of communicators: writers, editors, bloggers, authors, educators, public relations professionals, media photographers, students, and more. Plans for the coming year include lectures by sought-after speakers, professional development workshops, and networking/social events. For more information, e-mail This email address is being protected from spambots. You need JavaScript enabled to view it. .

For more information about the high school or professional contest, email This email address is being protected from spambots. You need JavaScript enabled to view it. .