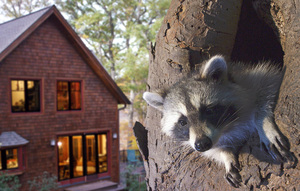 The Maritime Aquarium at Norwalk closes the historic run of its IMAX Theater tomorrow, Monday, Jan. 18 by presenting four of its best-ever and most-popular giant-screen movies.

The Aquarium’s theater debuted in 1988 as the first IMAX theater in Connecticut. With a screen six stories tall, it’s still the largest IMAX theater in the state, and the only one showing movies with 70mm IMAX film projection, offering the brightest, clearest images at almost 10 times the resolution of standard-projection formats.

The theater is slated for demolition later this year to make way for a federal railroad bridge replacement project. While the Aquarium is working to open a new 4D Theater in the coming weeks at the opposite end of its complex, it has used the IMAX Theater’s final seven weeks to present 22 giant-screen fan-favorite movies from the past three decades. Special COVID protocols include reduced theater capacity and enhanced cleanings between shows.

“Selecting the movies for the IMAX Theater’s very final weekend was difficult because there are just so many spectacular titles,” said Aquarium spokesman Dave Sigworth. “The four we’ve chosen are movies that our guests have loved the most, with content and messages that deeply fit with our mission of inspiring people to actively care for the oceans and our natural world. We hope a lot of people will come out and enjoy these wonderful movies in this spectacular format one last time.”