Teens and Vaping: What Parents Need to Know 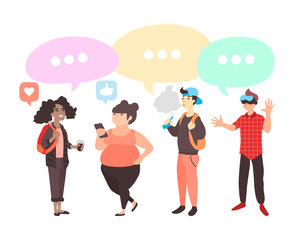 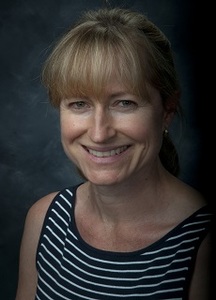 The U.S. Centers for Disease Control and Prevention (CDC) has linked vaping to over 1,600 cases of lung injury and 34 deaths throughout the United States. There have been 34 reported cases of e-cigarette or vaping product use-associated lung injury (EVALI) in Connecticut, and one person in the state has died from EVALI*. The youngest person who died from EVALI was just 13 years old.

Many parents are wondering how to protect their kids and help them understand the risks of electronic cigarette (e-cigarette) use. Here’s what parents need to know about vaping and tips for how to talk to teens about this important health issue.

How popular is vaping among teens?

The 2018 National Youth Tobacco Survey (NYTS) showed that for the fifth year in a row, e-cigarettes are the most commonly used form of tobacco among middle school and high school students in the United States. The survey found that the number of youth e-cigarette users increased by 1.5 million when compared to the previous year’s survey results.

“A lot of e-cigarette use is coming from kids wanting to try new things — and vaping is a relatively new thing,” said Dr. Alicia Briggs, interim chair of pediatrics at Norwalk Hospital and pediatric hospitalist at Connecticut Children’s.

Why is vaping so popular among teens?

Vaping may be popular among teens because e-cigarette brands are marketing good-tasting, good-smelling flavored vaping products to young people.

E-cigarettes may also be popular among teens because of how they look, smell, and taste.

“Many e-cigarettes look like flash drives, so they can be concealed at home and at school,” said Dr. Briggs. “They also don’t have that caustic cigarette smell.”

Most e-cigarettes contain nicotine salts from tobacco leaves. Inhaling the vapor from nicotine salts doesn’t produce the same irritating feeling in the throat, chest, and lungs as regular cigarettes. Because e-cigarette vapor is more comfortable to inhale, kids are more likely to start using flavored e-cigarettes, and continue to use them more often once nicotine addiction sets in.

What are the health risks of e-cigarette use for teens?

Just as teens are more likely to start using e-cigarettes than older adults, they are also more likely to experience serious health issues as a result of vaping. Here are some of the risks associated with vaping.

Long-term health issues related to nicotine and other substances

“Study results published in Tobacco Control found that 63 percent of users of a popular e-cigarette brand didn’t know that the product always contains nicotine,” said Dr. Briggs. “Teens are attracted to flavored e-cigarettes for the smell and taste. Then, without knowing it, they are becoming addicted to nicotine.”

In addition to nicotine, e-cigarettes — especially flavored varieties — can include other chemicals. Diacetyl is a chemical that was used to flavor microwave popcorn until factory workers got sick with bronchiolitis obliterans, or “popcorn lung”. Although microwave popcorn manufacturers have stopped using diacetyl, the chemical is used in some flavored e-cigarettes.

E-cigarettes may also include cancer causing chemicals, heavy metals such as nickel, tin, and lead and be laced with tetrahydrocannabinol (THC) and cannabinoid (CBD) oil, which are compounds found in marijuana.

The human brain is not fully developed until the age of 25. When teens use e-cigarettes containing THC, nicotine, and other substances, it can harm their developing brain. In young people, THC and nicotine can cause memory loss and attention deficit problems. Nicotine may affect a teen’s impulse control, mood, and ability to learn.

Anyone who uses vaping products is at risk of developing EVALI. Young people may be more likely to develop the condition. About half of the EVALI cases and two deaths occurred in people under age 25*.

EVALI causes respiratory symptoms such as chest pain, cough, and shortness of breath. People who have EVALI may also experience general symptoms such as fatigue, fever, and unintentional weight loss, as well as gastrointestinal (GI) symptoms of abdominal pain, diarrhea, nausea, and vomiting.

The CDC stated that most EVALI patients reported a history of using THC-containing products. The CDC also said that products containing THC — particularly those that have been purchased on the street or obtained from informal sources such as illicit dealers, friends, or family — may be playing a role in the outbreak.

“Teens are more prone to using vaping products that contain THC. Marijuana is the most used substance among adolescents after alcohol. They also are more likely to make, hack, or buy black-market e-cigarettes because they aren’t old enough to buy them in the store,” said Dr. Briggs. About one in three high schoolers and one in four middle schoolers in the United States reported using marijuana in e-cigarettes**.

Increased risk of developing other addictions

“E-cigarettes can be a gateway drug,” said Dr. Briggs. “There is research that links e-cigarette use to future use of illicit street drugs.”

How can I talk to my teen about vaping?

Be a role model

Parents can model healthy behaviors by not smoking or vaping themselves.

“Parents who smoke cigarettes or vape can talk with their primary care provider about options to help them quit, such as nicotine replacements,” said Dr. Briggs. “Going to smokefree.gov is a great place to start too.”

Dr. Briggs recommends that parents follow these steps to have an honest conversation with their child if they are vaping:

People who vape put the people around them — including family and friends — at risk of developing health issues too.

What can parents, healthcare providers, and teachers do to protect teens from vaping?

Given the current health concerns associated with vaping, healthcare providers and parents should ask kids about their vaping history. Even if a child is not vaping, Dr. Briggs recommends that parents, pediatricians, teachers, and school administrators work together to make sure that the child doesn’t start.

“Parents and pediatricians should be direct and tell kids that teens have died from vaping-associated health complications. We need to advise them not to use vaping products to avoid these issues,” said Dr. Briggs. “School administrators and teachers can help by developing systems to monitor vaping in schools.”

Parents can talk to their child’s pediatrician if they have concerns about vaping. Pediatricians can point parents toward resources from the CDC and other reliable sources that can help them start a conversation with their teen about vaping.

Dr. Briggs spoke to News 8 WTNH about kids and vaping in this health segment.