You Think You Know - New Public Awareness Campaign in Connecticut 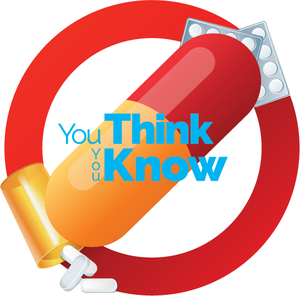 According to the Connecticut Department of Public Health, there were 1,378 overdose deaths in 2020, which was a 14.3% increase compared to 2019. As of the second week of August 2021, there have been 878 confirmed overdose deaths. About 84% of these deaths involve fentanyl, a synthetic opioid that is 50 to 100 times stronger than morphine. Fentanyl is being added to counterfeit prescription pills, which are bought on the street, social media or the dark web. Depending what’s inside, one pill can be deadly.

“There are many reasons a young person may turn to prescription drugs, including stress, anxiety and academic pressure,” said Pam Mautte, president of the Connecticut Prevention Network. “That is why we are targeting teens, young adults and caregivers with this campaign. The website, YouThinkYouKnowCT.org aims to educate young people and caregivers and provide them with local prevention, treatment and support resources.”

The topic made national headlines earlier this year when TV therapist Laura Berman lost her 16-year-old son after he purchased a fentanyl-laced Xanax on Snapchat. Meanwhile, here in Connecticut, a Trumbull family tragically lost their 25-year-old son, Jake Beddoe, to a counterfeit Xanax. Jake took what he believed to be a Xanax from an acquaintance to get a good night’s sleep; he had been stressed from the pandemic.

“We knew that there had been reports of deaths from people taking heroin that was laced with fentanyl, but we had never heard of it happening with Xanax,” his father Wally said. “Had we heard about it, maybe we could have had that conversation.”

That is the primary goal of this campaign; to educate the public, encourage conversations, and prevent deaths.

“Right now, on the streets of Connecticut when you buy or acquire a prescription pill, like Xanax or OxyContin, it is more than likely counterfeit and more than likely deadly,” said Bobby Lawlor, a state drug intelligence officer.

Counterfeit prescription pills are produced to look almost identical to the real thing. Often, you can’t tell the difference without lab tests. That is where the campaign name came from; You Think You Know what you’re taking, but unless it comes from a retail pharmacy, you can’t be sure it’s safe.

"When I think about Jake breaking off a piece of that Xanax, taking it with a glass of water, getting into bed, and falling asleep thinking he was about to have a peaceful night's sleep, not knowing about the fentanyl, not knowing he would never wake up— it's equal parts heartbreaking and terrifying,” said Carly Beddoe, Jake’s sister. “How in a split second, you can swallow a counterfeit prescription medication that will end your life. It's too easy. It can happen to anyone, fentanyl doesn't discriminate."