Did you know? Norwalk Health Department has a Mosquito Management program 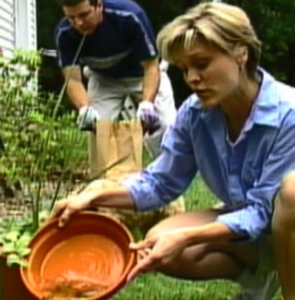 The best way to prevent mosquito-borne illness is to avoid mosquitoes. You can take some simple steps to reduce mosquitoes around your home and protect yourself. To avoid getting bitten:

• Avoid the outdoors between dusk and dawn, when mosquitoes are most active.

• Drain stagnant, standing water around your home in places like old tires, birdbaths, wading pools, garbage can lids, and even cans in recycle bins. (Standing water is breeding ground for mosquitoes.)

• Install or repair window and door screens to keep mosquitoes out of your home.

• Do not leave swimming pools uncovered without chlorinating and filtering.

The Health Department contracts with an outside agency to conduct an annual larvicide program to reduce the mosquito population. In the summer months, workers from All Habitat Inc. apply larvicide to various standing water locations and catch basins around the city. This application prevents mosquito eggs from hatching. This year, the larvicide application is scheduled for mid-August.

Infected mosquitoes can transmit disease to humans through bites. One of the most common mosquito-borne illnesses transmitted in the United States is West Nile Virus. Anyone can be infected with WNV, but according to Connecticut Department of Public Health (CT DPH), most people infected with WNV do not develop symptoms. About 1 in 100 people who are infected develop mild illness, and even fewer infected people develop a serious and sometimes fatal illness. Older adults and individuals with compromised immune systems are at highest risk for serious illness.