Who Needs a Little Music? 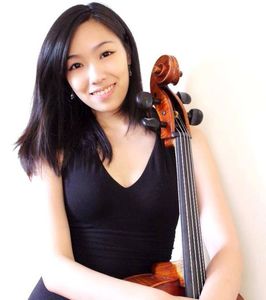 The Rockland Symphony Orchestra presents a full symphony orchestra concert with a focus on the cello. Guest conductor Larry Zaidan starts this concert with Rossini’s tell-tale William Tell Overture, which begins with music’s most well known cello quintet and culminates with the most famous of all finales!

Then the orchestra plays Schumann’s Symphony No.4 in D minor, Op. 120 which is one of the most beautiful works of the Romantic Period. Schumann was and is known still, to be the most expressive of the Romantic Music Period composers. The slow movement features the cello in a lovely cello/oboe duet.

Finally, Ms. Weiting Sun, cello soloist, promises to enchant and delight you with her interpretation of Dvorak’s Cello Concerto in B minor. Op. 104 which is one of the most artful and lovely works in the Romantic Period’s orchestral literature. Dvorak wrote this concerto, completed 1895 during time he spent in New York and one can hear references to “American” music in this epic concerto.

Ms. Weiting Sun was the first prize winner of the National ASTA Solo Competition and was a recipient of the Italian Gaedano Gadda Cello from the Chi-Mei Foundation . She has performed with the Rochester Philharmonic Orchestra and has held principal positions in the Texas Music Festival Orchestra. She studied with Phillipe Muller and Alan Stepansky at Manhattan School of Music and with Alan Harris at the Eastman School of Music.  Ms. Weiting has performed in Master Classes all over the world with Alban Gerhardt, Gary Hoffman, Martin Lohr and Arto Noras.