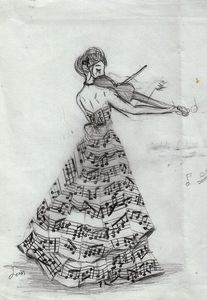 The Rockland Symphony Orchestra (RSO) is pleased to present their annual Chamber Music Benefit Concert with guest artist pianist Ron Levy.  Ron Levy is a consummate pianist who has played the world over, has accompanied many great opera singers, has premiered a large number of works composed for him and his fellow musicians and can be heard on many recordings. Mr. Levy was one of the first winners of the Music Teacher’s Guild Concerto Competitions (50 years ago!) and we are honored that he will be performing in this benefit concert of three extraordinary chamber works, two of which feature Mr. Levy, with nine great players.

The first work on the program is the Haydn String Quartet in C Major Op. 50, #2.  Composed by one of the greatest classical composers in 1782, it is one of the quintessential string quartet works in the repertoire. The quartet was dedicated to Frederick William II of Prussia, who was a capable cellist as well as a king, and it is a later, mature composition by the great Haydn. The second work on the program is the Schumann Quintet in E flat for piano and Strings Op. 44 Composed during the Romantic Era, “Schumann invented a new chamber music genre by using a full string quartet with piano.” (wikipedia) Schumann’s wife Clara performed the piece many time and Mendelssohn was quoted at the time saying it had a “fiendish” piano part (wikipedia)The final work on the program is the Bach Brandenburg No. 5 featuring Mr. Levy on piano, Karen Gilbert on violin and Jacquelyn Drechsler on the flute with a small string ensemble.. It has been proposed that Bach wrote the Brandenburg Concertos with the personalities of 6 of his children in mind, personified through music and also suggested that they had been composed for a competition between Bach and composer/organist Louis Marchand, “who fled before it could take place, scared off with Bach’s great reputation for virtuosity and improvisation.   Many people also believe that this was the first example of a Concerto with a virtuoso solo keyboard part.”(wikipedia)

Admission price is $25.00. Please go to www.rocklandsymphonyorchestra.org. Tickets can be purchased at the website or at the door. This is a concert not to be missed and funds raised will help to ensure that the Rockland Symphony Orchestra will be able to continue in its mission of providing high quality concerts to Rockland County audiences. Support local, live music & have a great experience while you help Rockland’s only Orchestra!