A Comedy with Big Laughs 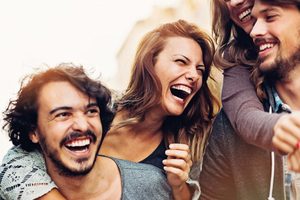 Described by Mr. Brancato as “a comedy with big laughs – and an even bigger heart,” Souvenir is the story of Florence Foster Jenkins, wealthy socialite and real-life figure who became famous for her singing, as told affectionately by her longtime accompanist Cosme McMoon.

Souvenir is directed by Stephen Nachamie and stars Jonas Cohen (as Cosme) and Deborah Jean Templin (as Florence). It replaces the previously announced The Complete History of Comedy (Abridged).

Ms. Templin’s acting credits include the National Tours of Mamma Mia!, Titanic, Baby and Annie. Her plays Singing for the Cows and Unsinkable Women have played over 130 venues domestically and abroad.

Mr. Nachamie returns to Penguin Rep where he previously directed Buyer and Cellar, Becoming Dr. Ruth, My Name is Asher Lev and Rounding Third. On Broadway, he was associate director of She Loves Me.

Tickets to Souvenirare priced at $46 (including facility fee and service charge). Discounts are available for groups of 10 or more and young people (30 and under).

“The joint is jumpin’ in August,” says Mr. Brancato, who also announced that Penguin’s popular Play With Your Food series of readings of new plays with a bite to eat will conclude on Monday, August 13 with It’s Not About the Cat by Jacey Powers. A drama with humor and heart, It’s Not About the Cat follows a precocious nine-year-old and a quirky “feline behavior expert” as they deliver humor and compassion to a couple after a family tragedy.

Lynch’s Restaurant of Stony Point will provide food at 6:30 p.m., and the reading will commence at 7 p.m., followed by a discussion among the actors, author and audience.

It’s Broadway diva Patti Lupone to the rescue of a young boy with a chaotic family life in Patti Issues, which Mr. Brancato describes as a funny and tender coming-of-age story. In Bad With Money, Rimalower charts his oft-times hilarious struggle to overcome his problems with money – or get rich trying.

To order tickets or for further information, visit Penguin Rep’s website at www.penguinrep.org or call 845-786-2873.

Since its founding 40 years ago, Penguin Rep – the theatre artistic director Joe Brancato started with Francine Newman-McCarthy and runs with executive director Andrew M. Horn -- has grown from a summer theatre to become one of the Hudson Valley’s most influential nonprofit cultural institutions, reaching tens of thousands of theatergoers each year at its home, in New York City and beyond – with its work moving to Off Broadway and to stages across the country and around the world.

As The Journal News wrote: “Somebody forgot to tell artistic director Joe Brancato that he’s crazy to use a little barn plunked down in the Rockland County suburbs to experiment with unusual and challenging plays… I hope everybody keeps forgetting to tell him. The region is more the richer for it.”

“Guided by the skilled hand of Penguin’s artistic director, Joe Brancato, the splendid performers get first-rate support, as always at Penguin, by an excellent design team” (The New York Times).

“Penguin Rep is a place where theatergoers can experience magic time after time” (Lohud.com).