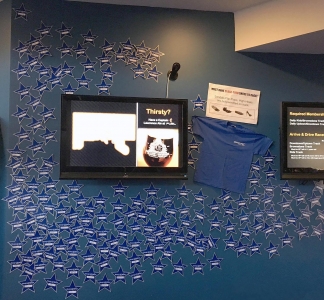 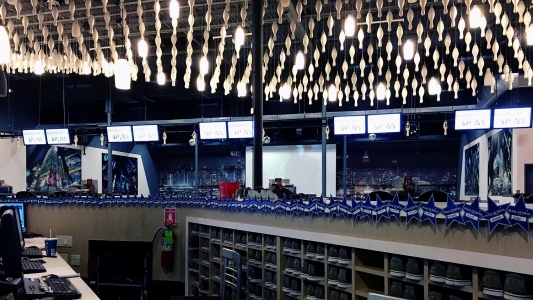 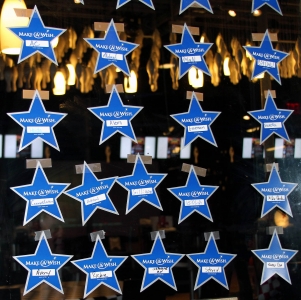 This December, Grand Prix New York (GPNY) is undertaking a number of special fundraisers to benefit Make-A-Wish Hudson Valley. GPNY hopes to raise between $7,500 and $10,000 in donations for Make-A-Wish, enough to pay for one child’s wish.

The second fundraiser is a simple $1 donation to Make-A-Wish, in exchange for the donator’s name on a star to be hung around the Grand Prix facility. To date, 389 of these donations have been made, which puts Grand Prix off to a great start to reach their donation goal. “Paying for one child’s wish is a great goal for us to target, especially around this time of year” says Cathy DiRienzo, GPNY’s General Manager. “The wish experience can be a real game-changer for a child with a life-threatening medical condition, and it’s great to have the opportunity to help grant wishes to kids over the holiday season.”

As part of the fundraisers at Grand Prix New York, Elizabeth Diamond, daughter of GPNY partner Jim Diamond, is also raising money for Make-A-Wish Hudson Valley. Through her K’s for Kids running fundraiser, Elizabeth has already raised over $2500, bringing GPNY and Elizabeth closer to their goal of fully funding one child’s wish. “We are deeply grateful for the generous support from Grand Prix New York and Elizabeth Diamond. It is through their fundraisers we are able to help make a wish come true for a child in the Hudson Valley facing a life-threatening medical condition,” said Thomas J. Conklin, President & CEO of Make-A-Wish Hudson Valley.

Make-A-Wish® grants wishes to children with life-threatening medical conditions to enrich the human experience with hope, strength and joy. Since its inception in 1986, the chapter has granted over 2,400 wishes to children in the communities it serves. The wish experience is a combined community effort involving volunteers, staff, donors and medical professionals to make each wish come true. The Chapter is a proud participant of the Better Business Bureau Charity Seal Program, which indicates that the organization has met the 20 Standards for Charity Accountability. The Chapter serves Delaware, Dutchess, Orange, Putnam, Rockland, Sullivan, Ulster and Westchester counties. For more information visit http://hudson.wish.org/

Grand Prix New York Racing (GPNY) is the only large indoor racing, social entertainment, and corporate event venue in the New York City-metro area. Centrally located in the village of Mount Kisco, New York, GPNY is a unique 118,000-square-foot facility that offers a quarter-mile-long, state-of-the-art racetrack for all ages; Spins Bowl, a 19-lane bowling center and special events space, the Art Garage, a visual arts studio for children, teens and adults; Fuel restaurant and bar, with award-winning catering; arcade, carnival room, banquet facility, conference rooms, and more. GPNY is actively involved in community outreach and fundraising efforts. Since its inception in 2008, GPNY has raised hundreds of thousands of dollars for local charities by hosting high-profile fundraising events. For more information about GPNY, visit their website at www.gpny.com.