Rob Reiner’s The Princess Bride returns to the big screen at The Ridgefield Playhouse on Oct. 18 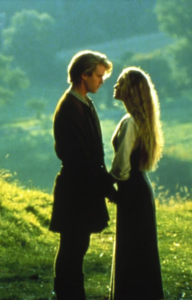 Academy Award Nominee Rob Reiner’s fairy-tale adventure "The Princess Bride," adapted from the book of the same name by William Goldman, celebrates its 30th anniversary this year. The Ridgefield Playhouse will screen the film on Wednesday, Oct. 18 at 7 p.m. with special commentary from TCM Host Tiffany Vazquez.

Also coming to the big screen is a 50th Anniversary Screening of "Guess Who’s Coming to Dinner," to be held Wednesday, Dec. 13 at 2 and 7 p.m. The event also includes exclusive commentary from a Turner Classic Movies host, who will give insight into this classic film. After a 10-day Hawaiian vacation, Joanna Drayton (Katharine Houghton) returns to her San Francisco home with John Prentice (Sidney Poitier), her brand-new fiancé. Although he’s a successful doctor and a Nobel Prize candidate, her parents, Christina (Katharine Hepburn) and Matthew (Spencer Tracy), are taken aback when they discover John is black. While he quickly wins over Christina with his charm and intelligence, Matthew is more hesitant. And as John’s parents also have their doubts over the impending marriage, the good doctor certainly has his work cut out for him, as he won’t marry Joanna unless there’s unanimous parental consent.