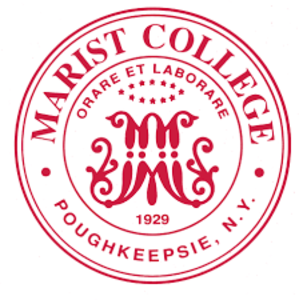 The following students from Pleasantville were named to the Marist College Dean's List for the Fall 2016 semester:

Marist College is located in the historic Hudson River Valley and at its branch campus in Florence, Italy. It is a comprehensive, independent institution grounded in the liberal arts. Marist is dedicated to helping students develop the intellect, character, and skills required for enlightened, ethical, and productive lives in the global community of the 21st century. The College is consistently recognized for excellence by top organizations like The Princeton Review, which included it in its latest book, Colleges That Create Futures: 50 Schools That Launch Careers By Going Beyond the Classroom. It has also been recognized by U.S. News & World Report (13th Best Regional University), Kiplinger's Personal Finance (Best Values in Private Colleges), and others. Though now independent, Marist remains committed to the ideals handed down from its founders, the Marist Brothers: excellence in education, a sense of community, and a commitment to service. Marist educates 4,700 traditional-age undergraduate students and more than 1,300 adult and graduate students in 46 undergraduate majors and 13 graduate programs, including fully online MBA, MPA, MS, and MA degrees.