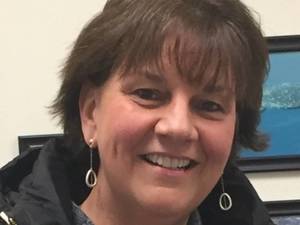 Patricia Dwyer is a professional municipal manager, responsible for implementing governing board policy and supervising operations, including personnel and finances. She is also the recipient of the 2017 Chamber Appreciation Award. She'll be honored at a reception Oct. 24.

Here's what Chamber officials had to say:

Dwyer's successful and storied career was launched at age 23 when she was appointed to the post of Village Manager in Walden, New York. Over a span of 30 years, she has served as either CEO Manager or CAO administrator for several municipalities in New York State. She is currently the Village Administrator for the Village of Pleasantville, a position she cumulatively has held for over 18 years.

Since 2007, Dwyer has also been employed as a part-time adjunct Associate Professor at Pace University, her alma mater. She lectures on the graduate level, specializing in courses such as Intergovernmental Relations, Municipal Management, and Public Administration. Dwyer obtained Master's Degrees in Accounting and Public Administration from Pace University, after completing a B.A. in Sociology.

In 2012 Dwyer was asked to serve on Pace University’s Dyson Board of Advisors. She remains active on the Board.

In 2011, Dwyer was elected to the Board of Governors of NYMIR, a publicly owned municipal insurance reciprocal that serves over 80 municipalities.

She has actively served on NYMIR's Finance Committee and chaired its Planning and Development
Committee. In May of 2015 she was elected to serve a two-year term as President of NYMIR's Board of Governors.

Originally from Queens, New York, her leisure time is spent enjoying the people, sights and sounds of New York City. Her hobbies and passions include recreational cycling, golf, philately and rooting for her beloved New York Mets.

Formed in 1951, the Pleasantville Chamber of Commerce is an organization of retail, service, professional,
industrial and civic members interested in living and working in a friendly and prosperous Pleasantville.
The Chamber has initiated many programs and annual events that help keep the business climate of
Pleasantville vibrant. All of our programs and events involve networking among Chamber members,
community leaders and civic organizations, as part of the fulfillment of our mission: “linking business and
community.”