Details
Published on Sunday, 08 January 2017 17:13
Written by Village of Pleasantville 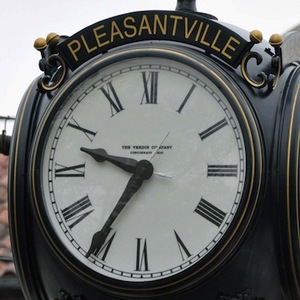 VILLAGE OF PLEASANTVILLE BOARD OF TRUSTEES MONDAY, JANUARY 9, 2017

Res. No. 2017-4 Designation of Polling Place and Hours of Village Election

Res. No. 2017-5 Appointment of Election Inspectors

Village Board of Trustees

The Board of Trustees is comprised of the Mayor and four Trustees. They are the elected representatives of the Village of Pleasantville.  Each serve a three year term, and may seek re-election upon expiration of their terms. There are no term limits in Pleasantville, nor are there any national political party affiliations. In fact, the Village conducts elections on its own Village Election Day, which is held on the third Tuesday in March.

The Village Board is responsible for the management and organization of the Village, the health, safety and welfare of the Pleasantville community, the protection of the Village's natural resources, and are stewards of all public assets.  The Mayor presides over all meetings of the Board of Trustees, and establishes formal business agendas.