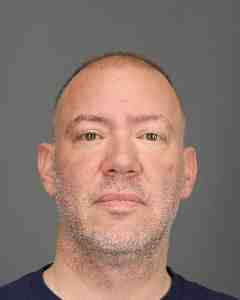 The defendant is the owner of Manos Business Management and was hired by businesses to file withholding tax returns, to pay the withholding taxes collected from employees, and to remit unemployment insurance premiums to both state and federal tax and labor authorities.  As such, the defendant collected payments from businesses that hired him and was responsible for sending these payments on behalf of his clients to state and federal tax authorities.

The defendant also received in excess of $150,000 from Mid Bronx Haulage, Corp., located in the Bronx, which was meant to pay the quarterly tax payments due for the fourth quarter of 2013 and the first and fourth quarters of 2014.  Defendant provided to the office manager of Mid-Bronx Haulage, a copy of the Employer’s Quarterly Federal Tax Return for the fourth quarter of 2013 which reflected a zero balance due and represented that this form was the one filed with the Internal Revenue Service when it had not been.  As further proof that payment was made, defendant also presented a copy of] the front of a check which was written to the Internal Revenue Service for the benefit of Mid Bronx Haulage on his company’s account. The check was actually never sent. It was later re-deposited into defendant’s personal account.

In 2015, defendant also received approximately $22,000 from Gordo’s restaurant, located in Hawthorne, which was supposed to be remitted by defendant to the Internal Revenue Service on its behalf, but defendant instead sent $2,820.45 instead and used the remainder of the funds to pay his mortgage and other personal expenses while representing full payment had been made. That same year, the defendant also received in excess of $107,000 from Blueline Tactical Supply and Shooting Sports, located in Elmsford, to be used to pay the company’s tax obligations, but defendant remitted only $17,690.48 to authorities and used the remaining $89,532.84 without permission or authority.

The defendant pled not guilty.

The defendant faces up to fifteen years in state prison.

This case is being prosecuted by Assistant District Attorney Nicole Gamble of the Economic Crime Bureau.