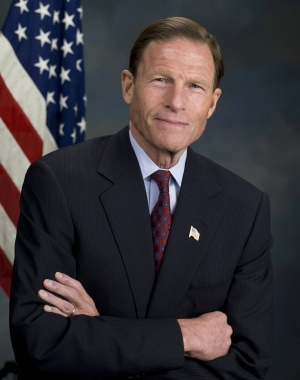 (Washington, DC) – This week, U.S. Senators Richard Blumenthal (D-Conn.) and Chris Murphy (D-Conn.) offered the Lori Jackson Domestic Violence Survivor Protection Act as an amendment to the Bipartisan Sportsmen's Act of 2014, which is currently being debated on the Senate floor.

Blumenthal and Murphy said, "At a time when avoidable gun violence has become an everyday occurrence, and Congress has failed to act to keep Americans safe, it is unconscionable to consider the sportsmen's bill without also considering measures to reduce gun violence. For this reason, we're offering the Lori Jackson Domestic Violence Survivor Protection Act as an amendment to the sportsmen's bill. When domestic abusers are most dangerous – at the height of their rage – current law is weakest in protecting victims like Lori Jackson from gun violence. Closing this gaping loophole will save lives when temporary restraining orders leave domestic abuse victims most vulnerable to violent partners with guns. The Lori Jackson Domestic Violence Survivor Act would prevent the purchase and possession of a firearm by someone subject to a temporary restraining order, and expand federal law to protect individuals who have been victims of abuse by dating partners. The link between domestic violence and guns is a deadly one."

The Lori Jackson Domestic Violence Survivor Protection Act was introduced by Blumenthal, Murphy, and Senators Barbara Boxer (D-Calif.), Dick Durbin (D-Ill.), Maize Hirono (D-Hawaii), Ed Markey (D-Mass.), Patty Murray (D-Wash.), and Elizabeth Warren (D-Mass.) in June and would restrict those under temporary restraining orders from purchasing or possessing a firearm. The bill would also extend the protections granted to domestic violence victims to victims abused by their dating partners. The amendment Blumenthal and Murphy will offer to the sportsmen's bill will be identical to the legislation.

"We commend all those who take a stand to help domestic violence and dating abuse victims get the protection they need," said Katie Ray-Jones, President of the National Domestic Violence Hotline and National Dating Abuse Helpline. "Every day, our advocates at the National Domestic Violence Hotline hear accounts from survivors who are terrorized by their partners who threaten to shoot them, their children, their family members and even themselves if they try to leave. It is one of the reasons why many stay. With more protections in place, these victims have a better chance of getting out alive."

"Abusers are often deadliest when victims are trying to leave their control," said Kim Gandy, President and CEO of National Network to End Domestic Violence. "This amendment will help close a dangerous loophole."

Current federal law protects domestic violence survivors from gun violence by preventing their abusers from purchasing or possessing a firearm – but only once the court has issued a permanent restraining order. This leaves survivors unprotected exactly when they are in the most danger: when a domestic abuser first learns his or her victim has left and only a temporary restraining order is in place. In addition, the current definition of "intimate partner" used to prohibit individuals convicted of domestic violence from purchasing or possessing a firearm includes spouses, former spouses, people with a child in common, and cohabitants. However, there are many survivors of dating violence who were never married, do not live with their abuser, and have no children. The Lori Jackson Domestic Violence Survivor Protection Act would close these loopholes in federal law, thereby protecting millions of women and men nationwide.