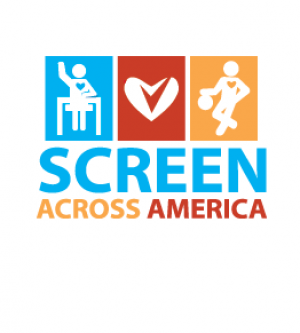 Research shows that an EKG exam, coupled with a complete medical history and a thorough physical exam is the best way to prevent sudden cardiac arrest. That statement, on the home page of the organization "Screen Across America," is followed by this statistic: Cardiac arrest is the #1 cause of death of student athletes."

Screen Across America is a consortium of organizations that provide heart screenings to students. They have a presence in 26 states; Connecticut is not one of them. The organization "believes that this should be a standard of care because thousands of children die every year from sudden cardiac arrest." New York, New Jersey, Massachusetts and Vermont are among the states with local organizations advocating for screening.

Connecticut does have a chapter in the Sudden Cardiac Arrest Association (SCAA). The Naugatuck-based chapter raises funds to place Automated External Defibrillators in Connecticut schools.

A recent article in the Wall Street Journal highlighted the divided opinion among the medical community, as well as athletics departments, athletes and parents. The publication reported that "whether to screen young athletes' hearts – as is done in nations such as Italy and Israel – represents one of the hottest debates in American cardiology."

The article noted that opponents and proponents of screening each have medical studies backing up their positions, and that proponents were encouraged recently when the National Institutes of Health and the Centers for Disease Control and Prevention announced they would be creating a registry for studying sudden death among those 24 and younger.

Hartford Hospital's chief of cardiology, Dr. Paul Thompson, told the WSJ that when a young athlete dies from hypertrophic cardiomyopathy (HCM), "it probably could have been detected. But when a screen finds it in a young athlete without symptoms, we don't know that it ever would have caused him problems. Meanwhile, he gets labeled a cardiac cripple for life." you

The Screen Across America consortium does not have a particular organizational model across all locations. Each locale operates "independently of each other," the website points out, with some being nonprofits and others for profits. "Some of us charge for heart screenings while others offer it free of charge. Our screening protocols may differ slightly. However, many of us have adopted the Seattle Criteria – a set of guidelines made by international experts in the field of sports cardiology," the website explains.

Another organization advocating screening is "Parent Heart Watch," which was founded in 2005, as was SCAA. It was started by four parents who each saw their child die from sudden cardiac arrest (SCA). The organization's website says that "research has shown that SCA is the leading cause of death on school property with one student athlete falling victim to SCA every three to four days. Heart disease is the second leading cause of disease-related fatalities in youth according to the Centers for Disease Control and Prevention (CDC)." The organization also provides information on timely, effective medical responses to cardiac arrest.

According to the American Academy of Pediatrics, SCA takes the lives of thousands of children every year. The United States Centers for Disease Control and Prevention estimates at least 2,000 such deaths occur annually, according to the website of the Sudden Cardiac Arrest Foundation.

During the 2014 Connecticut legislative session, a proposal that became Public Act 14-93 earlier this month was approved, which will direct the State Board of Education, in conjunction with health experts, to develop a sudden cardiac arrest awareness program for use by local boards of education. The program must include information on:

Means of obtaining treatment for a suspected occurrence of SCA

Proper methods for returning students who experience SCA to athletics.

It will also require school coaches to:

Review the SCA awareness program each school year, beginning in 2015

Immediately remove students from play who show symptoms of SCA

Not permit students removed from play to return without the written clearance of a licensed healthcare professional.

In addition, it calls for creation of a consent form for parents of student athletes to sign on the warning signs, symptoms and treatment of SCA and relevant school policies. Similar legislation has already been adopted in Pennsylvania, several other states are also considering SCA bills, according to the SCAF. The provisions of the new law take effect a year from now, with the school year that begins in the fall of 2015.

Connecticut's legislation was inspired in part by the tragic story of Andy Peña, a Darien student athlete who died of sudden cardiac arrest in 2011, just one month away from turning 15. Andy's parents, Victor and Giovanna, founded the Andy Smiles Forever Foundation in his memory, to educate the general public and support research on the causes and prevention of sudden cardiac death amongst youth, officials said.

We've all heard that a picture is worth a thousand words. That's true of numbers, too. Numbers can make a point, get your attention, change your mind, open your eyes...In fact, numbers define our world.These posts will take a closer look at Connecticut, by the numbers. Because every number tells a story.For more facts and figures about Connecticut, go to: http://ctbythenumbers.info/.