Details
Published on Friday, 11 July 2014 11:19
Written by Catharine Paddock, PhD, for the Learning Disabilities of America 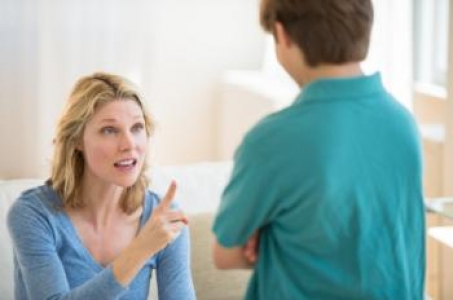 Although it is well documented that lead exposure lowers children's IQ, we know little about its effect on their behavioral and emotional health. Now, a new study shows that emotional and behavioral problems are apparent even at relatively low levels of lead exposure in preschool children, and they go up in line with rising blood lead levels.

Writing in the journal JAMA Pediatrics, Dr. Jianghong Liu of the School of Nursing at the University of Pennsylvania, Philadelphia, and colleagues report how they analyzed links between blood lead levels in over 1,300 Chinese preschoolers and behavioral and emotional problems, such as showing signs of being anxious, depressed, or aggressive.

Dr. Liu says, "young children are particularly vulnerable to the toxic effects of lead, because lead can affect children's developing nerves and brains."

Lead occurs naturally in the environment, but often human exposure is due to mining, burning fossil fuels, and manufacturing. In the US, the common sources of lead exposure are paint, caulking and pipe solder, mostly from older homes. In China, lead gets into people mostly from polluted air.

The researchers found that in China, blood lead concentrations increased with age in preschool children. This is in contrast to the US, where it goes up until around age 2 or 3, and then it goes down again. The researchers suggest the different sources of lead exposure in the two countries may explain these differences.

Studies of American children have linked lead exposure to externalizing behavioral problems - where the problem behavior is directed at others, in aggressiveness and bullying.

Dr. Gray says the study "adds more evidence that there is no safe lead level," and that it is "important to continue to study lead exposure in children around the world, and to fully understand short-term and long-term behavioral changes across developmental milestones."

The Centers for Disease Control and Prevention now uses a reference level of 5 mcg per deciliter - concentrations above this level in children are considered higher than normal and enough to warrant public health action. The federal agency estimates there are approximately half a million American children aged 1-5 with blood lead levels above this.

In this study, the researchers analyzed blood lead levels in samples taken when the preschoolers were aged between 3 and 5. Later on, when the children were aged 6, their teachers and parents filled in questionnaires to assess their emotional and behavioral problems.

In this study, the children with higher blood lead levels showed a higher tendency to internalizing behavioral problems, such as anxiety and depression.

The authors acknowledge, however, that using data provided by parents and teachers does not constitute a clinical diagnosis.

Studies of American children have linked lead exposure to externalizing behavioral problems - where the problem behavior is directed at others, in aggressiveness and bullying.

In this study, the children with higher blood lead levels showed a higher tendency to internalizing behavioral problems, such as anxiety and depression, in addition to some of the expected externalizing problems.

Although the study did not explore this, Dr. Liu wonders if differences in culture, genes, environment, or even research gaps, might offer an explanation for this apparent difference in American and Chinese children.

The researchers also found patterns of emotional and behavioral problems depended on age and sex. They conclude that "continuing monitoring of blood lead concentrations, as well as clinical assessments of mental behavior during regular pediatric visits, may be warranted."

In 2011, Medical News Today reported how a study published in the Journal of Occupational and Environment Hygiene found higher levels of lead in children living near battery plants in developing countries. The investigators found that children who lived near lead battery manufacturing and recycling operations in developing countries had roughly 13 times more lead in their blood than American children.