Community Plates Food for All 2015 Fundraiser a Huge Success! 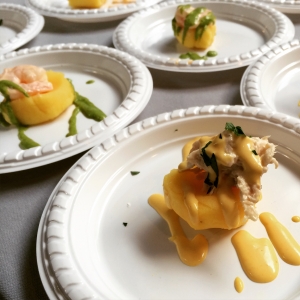 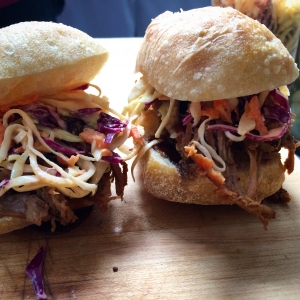 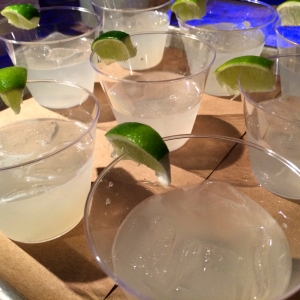 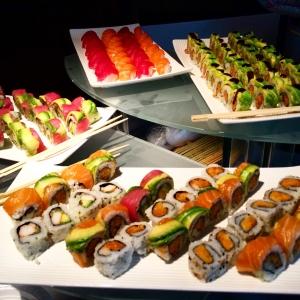 FOOD FOR ALL 2015: Successful and Sensational!

Community Plates, the technology-fueled, direct-transfer food rescue organization dedicated to ending food insecurity in America, presented their signature fundraiser, “Food for All” on May 7 to a hungry and supportive crowd at Abigail Kirsch at The Loading Dock in Stamford.

“Food For All 2015 was not only the most fun and delicious night of the year but it was also our most successful fundraiser to date, “beams Kevin Mullins, executive director and co-founder of Community Plates, “The generous businesses and people who sponsored and attended Food For All helped us end hunger right here in Fairfield County as we raised the money necessary to rescue and deliver 1.5 million meals.”

The event highlights Community Plates Fairfield County’s goals for the coming year, celebrates its accomplishments, and pays gratitude to the many volunteers and supporters who share in the desire to put an end to food insecurity in our community. In addition to the event’s signature format which features the newest restaurants to enter into the Fairfield County food scene each year, and its popular Craft Cocktail Bars, attendees had the opportunity to learn more about Community Plates and their GoRescue application, the organization’s award-winning web and smartphone enabled interactive food rescue scheduling tool.

Additional new and exciting elements to the event this year was an eclectic array of photography from some of the area’s most talented food-centric photographers which was auctioned off with 100% of the profits going to Community Plates. The nightclub’esque vibe also featured wall-to-wall videos playing throughout the high octane space which featured commentary from Kevin and his team and shout-outs to the many vendors and supporters who made the event possible.

“The reason we are able to host Fairfield County’s premier strolling culinary event, keep administrative costs so low, and raise a good amount of financial support at the same time is because of the restaurants who donate 100% of their time and product, “says Kevin, “It was great to see so many people enjoying food and drinks from some of Fairfield County’s best restaurants and mixologists, all while learning about how they can make a difference in American hunger. And the event could also not have happened without the generous support from the Besty and Jesse Fink Foundation, Northern Trust and Pepsi. ”

Founded in January 2011, Community Plates is committed to ending American food-insecurity through direct-transfer food rescue. Established as a 501(c)3 non-profit food-rescue platform, Community Plates is focused on transferring healthy, usable foods to where it can help feed those in need. This volunteer-driven, technology fueled process coordinates with restaurants, grocers, bakeries, caterers and other food-service organizations who have foods destined to be thrown away, and delivers the food to soup-kitchens, food-pantries and other hunger relief organizations who serve food-insecure individuals and families. Since launching in Fairfield County, Community Plates food runners have rescued over 5.3 million meals, saving over 8 million pounds of food from going into landfill. Community Plates currently operates in Columbus, OH; Albuquerque, NM; New Haven, CT; New Orleans, LA; and Fairfield County, CT with plans to open six to eight additional sites in 2015.