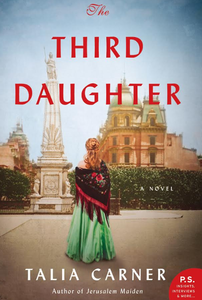 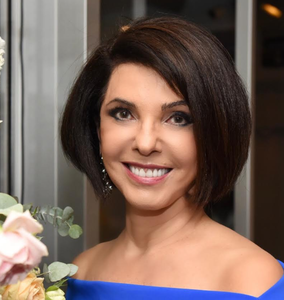 Talia Carner to Give Author Talk in Redding, Newest Novel Inspired by the “Jewish Mark Twain”

Join us in welcoming back author and activist, Talia Carner to the Mark Twain Library. Carner will discuss her most recent novel, The Third Daughter (HarperCollins, 2019), on Wednesday, October 16, at 7:30pm.

The book, which is Carner’s fifth novel, was inspired by one of Sholem Aleichem’s short stories, The Man from Buenos Aires. Aleichem, one of the most well-known classical Yiddish literature figures (Fiddler on the Roof was based on his writings) is often called the “Jewish Mark Twain” for his tendency to write about serious subjects with stylistic humor.

“I reinvented the story of one of Tevye’s daughters after the family flees a pogrom and meets this mysterious, shady character,” explains Carner.

In The Third Daughter, Carner brings to light a little-known piece of history: the sex trafficking of young women from Russia to South America in the late 19th century. A powerful story of finding courage in the face of danger, and hope in the face of despair, The Third Daughter brings to life a dark period of Jewish history and gives a voice to victims whose truth deserves to finally be told.

Carner tackles controversial subjects in all of her books by creating characters that face oppression from global human rights violations to the subordination of women. She last visited The Mark Twain Library in 2007 with her novel China Doll, which was based on the horrific abuses and infanticide perpetrated against female newborns in China.

“Talia has the ability to not only share her talent for crafting a story,” said Mark Twain Library Adult Programs Coordinator Elaine Sanders, “but she also invokes meaningful discussion on challenging topics.”

With her new novel, Carner continues her mission to save and empower women. During her author talk, she will also speak to actions that can be taken today to abolish human trafficking.