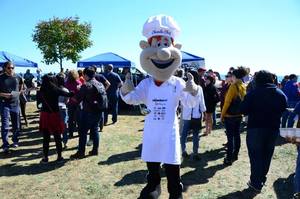 The New England Chowdafest officially announced that their annual event is postponed until 2021. “We had an exiting Chowdafest planned for this year but now everything is on hold,” said Jim Keenan, director. “Our heart goes out to all the restaurants who have been dramatically affected by this pandemic,” he added.

The event was planned for Oct 4, 2020, and no new date has been announced as of yet. Approximately 20,000 people attend each year to determine who in New England has the best New England clam chowder, creative chowder, plus soup & bisque. Typically 40 restaurants from NY to Maine are invited as the event scours all over New England for the best to invite. “There’s plenty of good chowder out there but that doesn’t mean they’re good enough to compete against the best,” Keenan noted.

This unique chowder and soup competition has taken place for the past 12 years and has funded over 3 million meals in the fight against hunger over that time. The event asks you to make a donation to Food Rescue US (www.FoodRescue.US) if you can and keep supporting your favorite restaurants during this pandemic.

Over this past summer, Chowdafest offered clam-bakes-to-go giving people a taste of summer in anticipation that they might have to put their event on hold. “We wanted to stay top of mind and soon we’ll have some exciting news to share with everyone that we hope all our fans love” said Mr. Keenan.