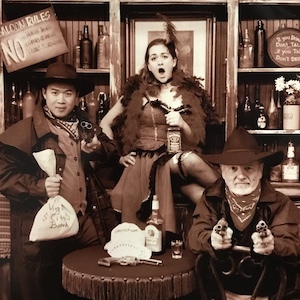 Presented by the Conversations on Race Series

The Mark Twain Library is delighted to present a virtual conversation with veteran journalist Loren Ghiglione on Wednesday, October 21, to discuss his recent book, Genus Americanus, in which he retraced the travels of this Library’s founder and noted American novelist Mark Twain to explore topics that are currently polarizing the country.

“Given that Mark Twain founded our Library and plays such an integral role in our town and also in documenting history, it is special that these journalists followed his trail here to Redding and we feel privileged to hear directly from Ghiglione in a program specifically for the Mark Twain Library,” said Library Director Beth Dominianni.

In addition to visiting Redding on their journey, the authors retraced Twain’s travels across America—from Hannibal, Missouri, to Chicago, New York, Boston, Philadelphia, Washington, DC, New Orleans, Salt Lake City, San Francisco, and Seattle. They hoped Twain’s insights into the late nineteenth-century soul of America would help them understand the America of today and the ways that our cultural fabric has shifted. Their interviews focused on issues of race, religion, gender, sexual orientation, and immigration status.  What they learned along the way paints an engaging portrait of the country during this crucial moment of ideological and political upheaval.

“We are excited to hear about Ghiglione and his comrades’ tales,” said the Library’s Adult Programs Coordinator Elaine Sanders. “We have been providing programs for more than a year now that address the issues of race, so the fact that this book and presentation address that topic, as well as so many more matters impacting communities throughout the country and world right now, fits very well with our overall programming.”

The Genus Americanus Author Talk is part of the Library’s Conversations on Race Series, which ​was created in partnership by the Mark Twain Library and the Redding League of Women Voters in an effort to offer our community an opportunity to further the discussion on the matter of race.