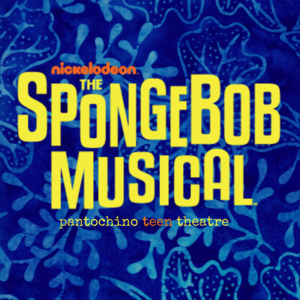 The SpongeBob Musical is based on the beloved animated series created by Stephen Hillenburg and features a book by Kyle Jarrow, with original songs by Yolanda Adams, Steven Tyler and Joe Perry of Aerosmith, Sara Bareilles, Jonathan Coulton, Alexander Ebert of Edward Sharpe & The Magnetic Zeros, The Flaming Lips, Lady Antebellum, Cyndi Lauper, John Legend, Panic! At the Disco, Plain White T’s, They Might Be Giants and T.I., and songs by David Bowie, Tom Kenny and Andy Paley. Additional lyrics are by Jonathan Coulton, with additional music by Tom Kitt. The musical production was originally conceived by Tina Landau.

“We’re so excited to share this new, high-energy musical with our Teen Theatre actors,” said Bernardi. “In the story, the fate of the world is at stake—what could be more ‘right now’ than this?” he added.

Sponsored by The Milford Bank and The Community Foundation of Greater New Haven, the musical is produced through special arrangements with Concorde Theatricals, New York City.

Pantochino Teen Theatre allows young actors the opportunity to work with professional directors and designers outside the academic setting, on a schedule matching that of professional summer theater. The SpongeBob Musical has been cast, learned and rehearsed in an immersive ten rehearsals. Bernardi directs the show with Justin Rugg as musical director and Becki Walter, choreographer.

Performances of The SpongeBob Musical are Friday, August 6 at 7:30pm and Saturday August 7 at 1 and 5:30pm. Tickets and information are available online at www.pantochino.com