HamletHub Interviews Charles Grodin, and He's Celebrating his 80th at the Ridgefield Playhouse 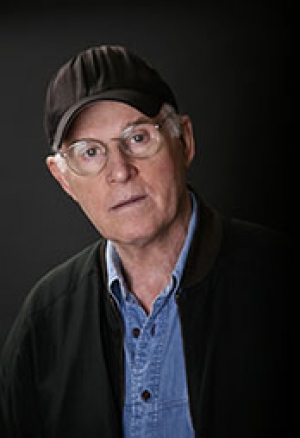 Charles Grodin is Celebrating his 80th at the Ridgefield Playhouse –

And You’re Invited to the Party!

How will Charles Grodin, a world-champion raconteur, spend his 80th birthday? Doing what he loves most, talking. Describing himself as “a compulsive talker,” Grodin will take the audience at his Ridgefield Playhouse birthday show April 21, on a comedic journey through his 50-year career in show business. One-man shows are at the top of the list of his favorite things to do, “Because,” Grodin quips with a familiar smirk, “I can say anything and no one can answer me back.”

Grodin traces his comedy roots back to the age of 10. Living close to a zoo in his hometown of Pittsburgh, he could hear the zoo’s hyenas “laughing” in the distance. Having a captive audience, he began writing jokes for the hyenas - and getting “laughs.” He was hooked.

He stuck with his show biz plans. As a young man, he refused to go into the Grodinsky (his real last name) family business selling cleaning supplies. With his amazingly sharp wit, Grodin probably would have been a great salesman, but he defied his father and left the streets of Pittsburgh for the New York stage.

Never interested in a lavish life style, he lived simply in a two-room apartment on the west side of Manhattan. Even after becoming a best-selling author of six books and sought-after as an actor in such movies such as Midnight Run, Rosemary's Baby, The Heartbreak Kid, Catch-22, Heaven Can Wait and Beethoven (His new film with Ben Stiller, "While We're Young" will open on March 27, 2015), Grodin continued to live in his small studio apartment - until he met his wife, author Elissa Durwood. She convinced him to get away from the rat race of New York and look for a house in the country. They eventually settled in Wilton, Connecticut, where they still live. Not willing to completely let go of his New York roots, the couple, now married thirty years, still keep an apartment in Manhattan.

Television was another outlet for Grodin’s wit. Along with his appearances on TV serials, those familiar with his late-night TV “shticks” will recall his frequent visits to The Tonight Show with Johnny Carson, where he had an exclusive contract, and later his appearances on David Letterman’s late-night show. It was on these shows that he created his caustic, mean-spirited character, constantly haranguing the TV hosts with their show’s shortcomings. Check out this early video of the hilarious “give and take” between Grodin and Johnny Carson.

So, it was with some trepidation that I agreed to interview Charles Grodin. Would I, too, be under attack from his famous barbs?

As it turned out, I had nothing to worry about. With his engaging smile and welcoming manner, Charles Grodin is a true gentleman and passionate family man. He speaks lovingly of his wife Elissa, “Even after thirty years, I still can’t wait to see her,” and proudly of his two children, son Nicky and daughter Marion, a stand-up comedian, “She’s much funnier than I am!” In the 90’s when Grodin was at the peak of his career, he gave it all up to stay home with his young son, Nicky. As a testament to the closeness of the Grodin family, Nicky, recently married, lives with his bride in a cottage on the Grodin property in Wilton.

Behind his welcoming smile and gentle manner is a fierce advocate for causes he believes in, especially the plight of non-violent women inmates. Working with New York politicos, Grodin was instrumental in overturning the Rockefeller Law, at one time considered one of the most severe drug-related laws in the country. Grodin is now the director of the “Lend A Hand Foundation,” a non-profit organization supporting the freedom and recovery of falsely imprisoned, non-violent female inmates. 100% of all donations go directly to these women.

At 80 years old and a fifty-year show business career, Grodin continues doing what he loves. His step may be a little slower, but his six-foot tall presence is still imposing, his sharp wit intact. Will he retire now that he’s reached this milestone birthday? “I can’t,” he says smiling, “My wife won’t let me!” Lucky for us.

To share in Grodin’s birthday celebration on April 21 at 7:30 pm at the Playhouse for tickets and additional info go to: https://tickets.ridgefieldplayhouse.org/

All proceeds of this benefit performance will go to the Lend A Hand Foundation.