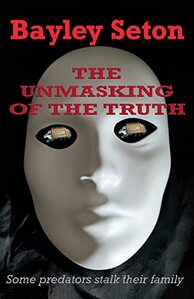 Bayley Seton has just released her first book, a novel, titled “The Unmasking of the Truth”.

The novel tells the story of Billy Quinn, a sanitation worker in Brooklyn, and his Irish-American family. The sociopathic behavior of one of the Quinn’s adult children propels the family into mayhem and it becomes evident that Billy isn't the only one hiding behind a mask.

“The Unmasking of the Truth” is now available as a Kindle book, as an EPub and on BookBaby as a paperback (coming to Amazon in late December.)

Bayley Seton has worked as an editor, college professor, freelance journalist, and corporate technical writer. Bayley's journalism earned her a press club award in 2014. This is her debut novel. She lives in New York with her wife, sons, and a cat named "Nicodemus."