Details
Published on Wednesday, 11 December 2019 12:24
Written by Office of the Governor Ned Lamont 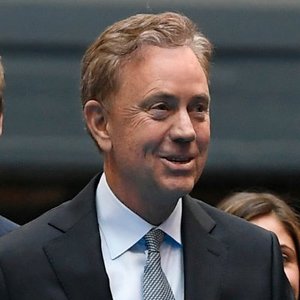 Governor Ned Lamont today announced that he has submitted a letter notifying the Trump administration of the State of Connecticut’s intent to continue accepting refugees who are fleeing persecution and seeking safety from violence, saying that the state values the long history of the United States in welcoming those pursuing asylum as this tradition strengthens the state and nation socially, culturally, and economically.

The letter is in response to an executive order President Trump signed in September requiring every state and municipality in the nation that is willing to receive refugees to provide his administration with written consent, and for the first time allowing local and state governments to refuse to accept people who are seeking to resettle.

“Nobody chooses to be a refugee. This new requirement for states and towns to notify the federal government on whether they are willing to continue accepting refugees is simply an attempt by the Trump administration to deny safety to vulnerable families across the world,” Governor Lamont said. “Resettlement of people fleeing violence and seeking a safe place to raise their children is a bedrock principle on which the United States was founded. Attacking immigrants and refugees does nothing to make our communities stronger, and in fact only achieves the exact opposite. Connecticut will continue welcoming those escaping persecution and upholding the long tradition of the United States as a place that treats every human being with dignity and respect.”

Governor Lamont is encouraging chief elected officials from towns and cities in Connecticut to join him in providing such consent to the Trump administration and reaffirming the state’s longstanding commitment to welcoming refugees as valued members of society.