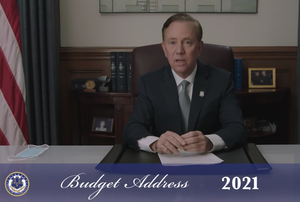 Governor Ned Lamont recently announced that his proposed budget for fiscal Year 2022-2023 includes expanding the Open Choice program which allows urban students to attend public schools in nearby suburban towns. Currently in Hartford, Bridgeport and New Haven and their surrounding districts, Lamont is proposing that the program expands to Danbury and Norwalk.

“With many of our urban schools crowded and their suburban schools with extra capacity, my budget proposes an expansion of the open choice program, beginning in Norwalk and Danbury, so these kids and those in surrounding communities can go to school in a more diverse environment with greater opportunity,” he said.

According to the State of Connecticut, enrollment in the Open Choice program is offered by school districts on a space-available basis in grades K-12.  Lotteries are used to place students when there are more applications than spaces available.

“We need to be doing everything we can to help our kids, many of whom have not been in the classroom for many months. With strong federal support in excess of $400 million, our budget provides all the resources our schools need to let our kids stay in school safely,” Lamont continued.

According to the New Haven Register, Ridgefield First Selectman, Rudy Marconi believes the program could be beneficial to Ridgefield where schools have lost racial and socioeconomic diversity. They report that several other district leaders and legislators including Haskell, Wilton First Selectwoman Lynne Vanderslice and other representatives gave a nod to the open choice and thanked Lamont for his efforts.