Details
Published on Friday, 22 October 2021 13:40
Written by The Redding Democrats 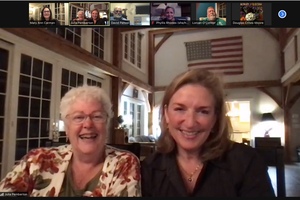 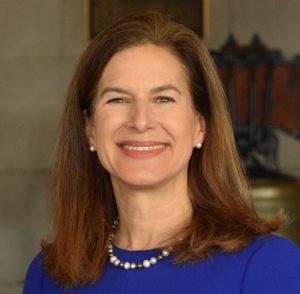 Redding Democrats held their annual Century Club fundraiser via Zoom Sunday, October 17th, and although not held in-person this year, the event was energizing and informative for all who attended.

Lt. Governor Susan Byseweicz joined at the outset, remarking on how happy she was that there were “lots of smart, confident women” leading Redding Democrats. Last year, Redding First Selectman Julia Pemberton worked closely with our state leaders, and the Lt. Governor praised Julia for being an important contributor to the state’s successful response to the pandemic, saying that she stood out as one of our “excellent leaders.”

"Municipal leadership is important now more than ever,” said Susan Byseweicz. With Federal ARPA Funds coming to towns such as Redding, the Lt. Gov. characterized the funding as transformational for the state, and that following this election our local boards of selectmen and finance will play important roles in helping to decide how those funds are spent.

She also acknowledged another important municipal race this year, and the importance of Democrats elected to school boards.

“Boards of Education are lightening rods right now,” she said. They are essentially being tasked “with making life and death decisions.”

Lt. Gov. Byseweicz underscored the school boards’ importance during the pandemic, saying these boards are tasked with making decisions concerning the safety or our children and all citizens; and that they and the rest of our town leadership are "finding the best ways to keep residents safe…I look forward to seeing the whole (Democratic) team get elected.”

State Senator Will Haskell and State Representative Anne Hughes also gave generously of their time, joining the gathering in support of the Redding Democratic slate of candidates for the November 2nd election.