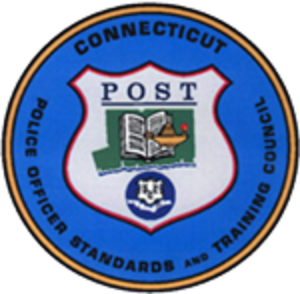 Prohibition on the Use of Chokeholds and Neck Restraints and a police officer’s duty to intervene and report misconduct by another police officer.

On Thursday, June 11, 2020, the Police Officers Standards and Training Council (POST Council) convened a Special Meeting to address the matter of the use of chokeholds in policing and the obligation that police officers have to intervene when they observe another officer commit misconduct.

The duty of a police officer to intervene when they witness another police officer using excessive, illegal force on another person, is clearly established under federal case law. Further, police officers receive training at the recruit level, of their obligation to intervene and report misconduct. We are also aware that many, but not all municipal police departments have these requirements within their department policies.

To ensure that all municipal agencies have written policies and practices that are consistent with training, case law and their ethical obligations, the POST Council has taken the following action to amend the Connecticut Law Enforcement Standards and Practices, as it relates to Use of Force Policy. Section 16.

The agency has a policy concerning the use of force including deadly force that complies with current state and federal law. The use of force policy must explicitly address a law enforcement officer's duty to intervene and report unreasonable, excessive, and/or illegal use of force.

a. A guideline, use of force response matrix or other continuum where an individual/suspect/offender's actions dictate responsive use of force levels;

b. A requirement that officers deploy de-escalation/calming strategies and/or verbal Press Release warnings prior to the use of force when feasible;

c. A prohibition against the intentional use of a chokehold or other method of restraint applied to the neck area of another person, including but not limited to, (1). Arm bar hold, (2). Carotid artery hold, (3). Lateral vascular neck restraint, (4).

Neck restraint or hold with a knee or other object is prohibited. The use of a choke hold or neck restraint may only be used when the use of deadly physical force is authorized.

d. A listing of the lethal and less lethal weapons authorized by the agency;

e. A mandate that officers receive and are trained in the policy prior to carrying any lethal or less lethal weapons;

f. Describes the initial training and in-service training requirements for all weapons;

g. A requirement that an officer who directly observes a use of force that is unreasonable, excessive or otherwise in violation with the agency’s use of force policy and/or a violation of state or federal statute (illegal), shall contact a supervisor as soon as practicable;

h. A requirement that an officer will act to intervene and stop the unreasonable, excessive, or illegal use of force by another police officer;

i. A requirement that officers who have knowledge of excessive, unreasonable, or illegal use of force against a person shall notify a supervisor and submit a written incident report to a supervisor in a timely fashion; and

j. A prohibition against retaliation for any officer that intervenes against excessive use of force, reports misconduct, or cooperates in an internal investigation.

Audits are regularly conducted of every municipal department to ensure compliance to all standards mandated under CLESP and the supporting legislation. The standard, in this case, does not provide police departments with policy language, only the requirement to include language equal to, or greater than the standard. Police departments are required to update their policy to reflect these changes.

The Compliance to Law Enforcement Standards and Practices (CLESP) Program can be found at the POSTC website www.ct.gov/post

While all police departments are obligated to have a use of force policy, the POST Council has created a subcommittee to establish a Uniform Use of Force Policy for all Municipal Police Departments that is consistent with applicable state and federal law, as well as best practices in Law Enforcement.