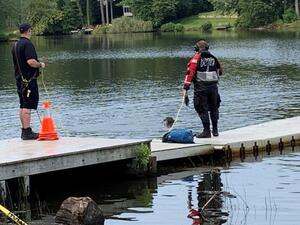 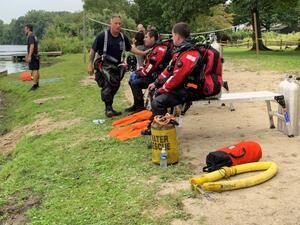 Fairfield Fire units arrived on the scene within four minutes of dispatch and were informed of a 35-year-old male who dove off a dock and did not resurface. Fairfield Fire and Police divers immediately entered the water and initiated a search. Dive teams from Bridgeport and Trumbull also responded to the scene and assisted in the rescue.

Despite the best efforts of all involved, the victim’s body was recovered approximately 50 feet from shore at 12:45PM. The victim was brought to shore where he was pronounced deceased.

The Fairfield Fire Department offers their condolences to the victim’s family for their loss.

No further information is being released at this time, as the incident remains under investigation. The name of the victim is not being released pending notification of the next-of-kin.

The Fairfield Fire Department would like to remind everyone how quickly drownings can occur. According to the American Institutes for Research, 57.1% of all aquatic-related accidents occur in natural bodies of water such as lakes or rivers. Make sure to take extra precautions in circumstances involving natural bodies of water by testing the water’s depth and always remember that natural occurrences can affect the water’s depth.