Sandy Hook Promise: Gun violence is preventable when we ‘Know the Signs’ 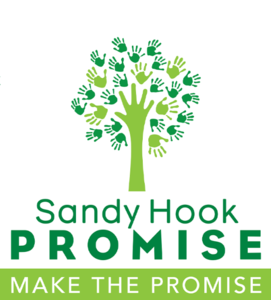 Newtown, Conn. — On the Fourth of July, a 22-year-old man allegedly opened fire on parade attendees, killing seven and wounding more than 46 people. (While most suffered gunshot wounds, some were injured while fleeing the scene. The victims range in age from 8 to 85 years old.) The alleged shooter reportedly posted violent images on social media, including a video depicting a school shooting. He also posted a video of a beheading in the week leading up to the Highland Park tragedy. In 2019, police were called to his home on two occasions because he threatened suicide and violence.

“While the country is reeling from the Highland Park mass shooting, we once again learn that the alleged shooter showed warning signs of someone at risk of committing violence,” said Nicole Hockley, co-founder and CEO of Sandy Hook Promise and mother of Dylan, who was killed in the Sandy Hook Elementary School tragedy. “Every person in every community must learn the signs and learn how to take action. Gun violence is preventable when we ‘Know the Signs’ and speak out.  These small actions can save lives.”

The warning signs exhibited by the Highland Park shooter, including his preoccupation with death and his animated video depicting a mass shooting, point to someone who was at risk of harming themselves or others. Such signs offer an opportunity to interrupt violence and must be taken seriously. The Sandy Hook Promise “Say Something” programs help educate communities to recognize the warning signs and to take action.

Authorities have not identified the exact type of gun used in the attack, other than to say it was a “high-powered” rifle “similar to an AR-15” and that the shooter fired 70 rounds. They have reported that the gun was legally purchased in the Chicago area.

“The Highland Park tragedy underscores the need for federal, state and local lawmakers to do more to stop gun violence,” said Mark Barden, co-founder and CEO of Sandy Hook Promise Action Fund and father of Daniel, who was killed in the Sandy Hook Elementary School tragedy. “Reversing the epidemic of gun violence plaguing our nation requires both community awareness of warning signs and sensible gun safety policies.”

Barden and Hockely note that the recent passage of the federal Bipartisan Safer Communities Act will help to prevent violence, but that legislators must continue to work across the aisle to find more solutions to end this epidemic of violence. They demand that public officials at the federal, state and local levels advance policies that make schools, homes and communities safer.

“The Bipartisan Safer Communities Act is not the finish line, but instead proves that when legislators work across the aisle, we can find bipartisan solutions to our country’s worsening issue of gun violence,” said Barden and Hockley. “We can’t stop now and will not stand by while innocent people continue to be killed.”

About the Sandy Hook Promise Action Fund: The Sandy Hook Promise (SHP) Action Fund is a 501(c)(4) nonprofit organization committed to protecting all children from gun violence in schools, homes, and communities. The SHP Action Fund advances a holistic policy platform that promotes gun safety, youth mental health, and violence prevention education. The organization works at the state and federal level to pass nonpartisan legislation through inclusive partnerships, diverse grassroots education, and community mobilization. It is part of Sandy Hook Promise, founded and led by several family members whose loved ones were killed in the tragic mass shooting at Sandy Hook Elementary School on December 14, 2012.