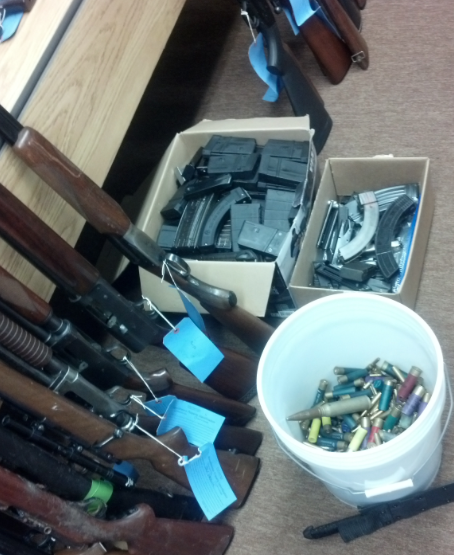 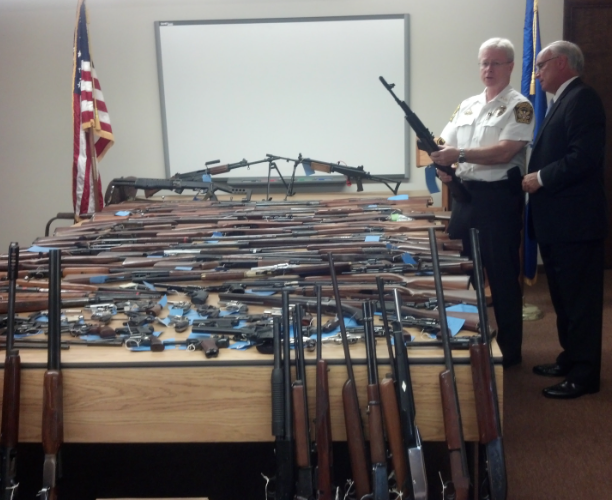 This past Saturday The Ridgefield Police Department exchanged 103 guns for $1,500 in Ridgefield's first ever Gun Buyback Program. Police Chief Roberts called the program, which was sponsored by private donations, "the first of its kind in the area" .

According to The Department, the collection of guns received on Saturday as a result of the program consisted of mostly rifles, along with sawed-off-shotguns, handguns, 150 high capacity magazines, a bucket full of disposed ammo, including military rifle ammo, and one AK-47 with a military scope, which Chief Roberts showed First-Selectmen Rudy Marconi in a photo posted here. Chief Roberts believes that new gun registration laws may have contributed to the program's unexpected success. The collection of disposed weapons includes guns that are unregistered or are pre-ban assault rifles, a few of the weapons have been from Connecticut recently under stricter regulations.

Police Chief John Roberts told HamletHub, "It was very successful for the town and I would like to see it done again next year."

The guns that were collected on Saturday will be turned over to the State Police and disposed of.

If residents would like to dispose of unwanted ammo, they can go to the police station at any time and The Ridgefield Police will dispose of it for them.