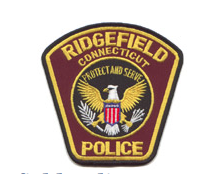 On Tuesday, August 6 at approximately 8:08 pm, Ridgefield Police arrested a Waterbury resident on an outside arrest warrant. This arrest warrant stems from investigations in which the man used private information from elderly residents at a local nursing home to open credit card accounts. Because the man is on parole, no bond was set, he will be arraigned in Danbury Court on 8/7/2013.

On Thursday, August 8 at approximately 6:00 pm, Redding Police requested the Ridgefield Police to check a Ridgebury Road address for a man who was wanted for failure to appear on a paperless arrest warrant out of their jurisdiction. Upon arrival the man was located and arrested. He was transported to The Ridgefield Police Department, where Redding Police picked him up and processed him in Redding.

On Monday, August 12 at approximately 10:19 pm, Officers were conducting a security check of Pine Mountain Road and found a parked, occupied vehicle. Further investigation revealed that two of the vehicle's occupants were in possession of less than one-half oz of marijuana. One of the occupants also was in possession of drug paraphernalia. Infractions were issued to both parties.