Safe & sound at the entrance to Peachwave 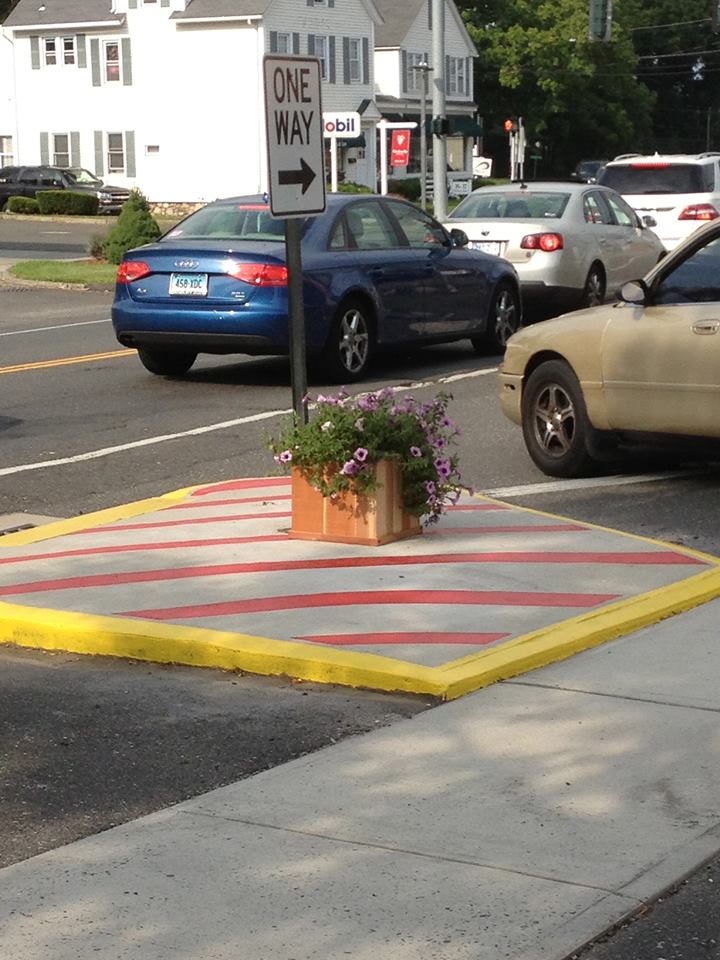 As you may know, the island at the entrance to Peachwave Frozen Yogurt recently received an upgrade after HamletHub and Ridgefielders expressed a concern about its visibility.

A few weeks back, HamletHub received a note from Allison DiNucci, who works at Veronica's Garden farm stand, located outside of Peachwave.  DiNucci explained that she saw numerous accidents at the entrance to Peachwave due to the poor visibility of the island. After receiving the note, we contacted First Selectman, Rudy Marconi, who immediately spoke with the property owners.

The island was painted with bright stripes. A flowerpot now adorns the center of the island in hopes that more drivers will take notice as they enter the parking lot.

Has the area been made safe? Well, it's been a week and the flower pot is still standing!

We decided to contact DiNucci today to see how things were going.

DiNucci said she's noticed that people are more aware of the island and believes the area has indeed been made safer thanks to the paint job and the pretty planter.