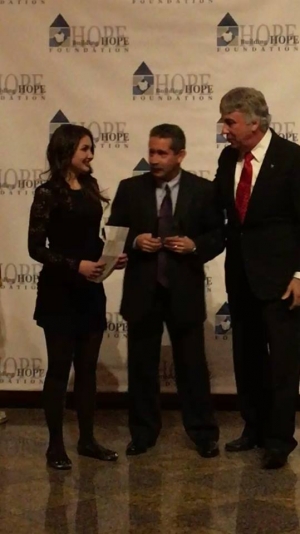 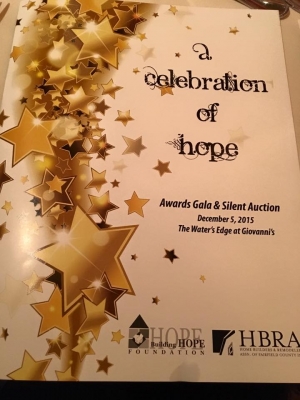 A Celebration of Hope, Gala & Silent Auction benefiting the Building Hope Foundation, a nonprofit which seeks to make a difference in the families and service members of the community, took place on December 5 at The Water's Edge at Giovanni's in Darien.

During the sold-out Gala, the Foundation announced the 2015 Building of Hope Honorees, one of whom was Ridgefield High School 9th grader, Campbell Kinsman.

Kinsman, the founder of BearHug, Inc., a nonprofit organization that helps military children while their parent or parents are deployed, was the recipient of Steven Berko Community Service Award and named “Teen Philanthropist of the Year.”

Kinsman’s company has helped military kids all over the country by sending them monthly care packages, notes, and heartfelt pictures. "Every month we send care packages to military kids so they know that someone is thinking of them," explains Kinsman. "Studies have shown that children who have parents in the military have a higher likelihood to have depression than children whose parents are not in the military," she adds. Learn more about Bear Hug, Inc., here.

Congratulations to Campbell for receiving this well deserved award! Ridgefield is so proud of what you are doing to put a smile on the faces of military children near and far!

About The Building Hope Foundation, Inc.