To the Bahamas with Love: Maura Sullivan and Friends Work Tirelessly to Send Needed Supplies 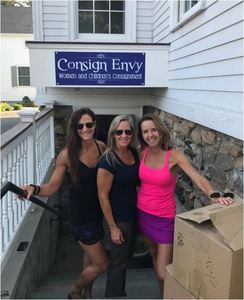 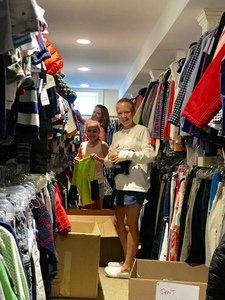 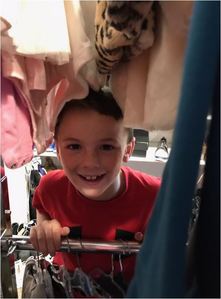 Yesterday, Sunday, September 23, Maura Sullivan and friends spent the day at Maura’s store, Consign Envy packing up huge boxes to send to the Bahamas to support those impacted by Hurricane Dorian, a wicked tropical cyclone that wiped out entire neighborhoods in the Bahamas.

Sullivan, who has made it her mission and passion to help those in need, began planning her philanthropic act after meeting a Consign Envy customer and learning about the plight. “A woman by the name of Heidi Cerosky came into my store Saturday afternoon to Consign. As we were speaking she mentioned there was a coalition of people and companies coming together to help out Equinor."

Stamford-based Equinor, a company with locations around the globe including Grand Bahama, has employees who have lost everything due to Hurricane Dorian. “At the time of arrival of the hurricane, Equinor had 54 personnel at Grand Bahama. They had worked at the South Riding Point oil storage terminal up until the precautionary shutdown on 31 August,” Equinor explains.

Sullivan had to act quickly. “Equinor has a private jet flying directly to the Bahamas today [Monday, September 23].”

Within 24 hours of putting out a call for help, Sullivan says, “I had donations, that included diapers, wipes, toiletries, cleaning supplies, school supplies, books and toys.”

She also asked some friends to help her pack up the needed supplies, and they happily helped spent yesterday sorting through items and putting them into storage boxes so they were ready for today’s shipment.

“It was amazing what we were able to accomplish with short notice. Clothing was pulled in the sizes families needed and boxed up, taped up and ready for departure. It is agreed that any donations they cannot use will be given to other families in need,” says Sullivan.

Today, Heidi Cerosky transported the boxes to Equinor in Stamford where they will be loaded on a truck and then onto the jet.

“Linda and Lilah Queenan, along with Cate Travaglini, Diana Davis, Heidi and Carly Cerosky gave up their Sunday afternoon to help with this initiative. And a huge thank you to them for all their generous donations. We were all smiles when it was done,” says Sullivan.