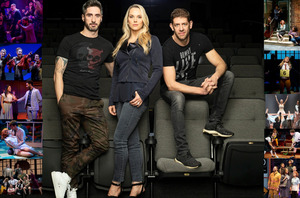 They will all be a part of ACT’s Annual Gala:

Oh, and shhhhhh….don’t tell anyone, but we will be “releasing” our never before seen secret audition tapes!!! And we promise, you’ll never look at our stage the same way again!"

We are proud to donate 10% of virtual gala ticket sales to NAACP Legal Defense and Educational Fund, Inc.