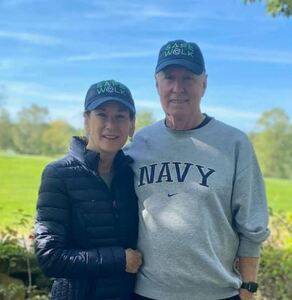 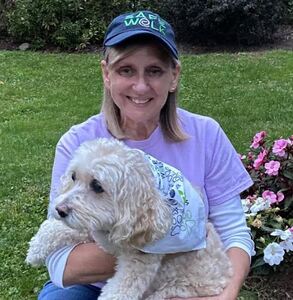 The Women’s Center held its 15th annual SafeWalk as a three-day long virtual event the first weekend in October. SafeWalk is the Women’s Center’s premier event to unite the community in their vision to end domestic violence and raise funds to support programs and services that are provided at no cost. Over $75,000 and counting was contributed through sponsorships, registrations, and peer-to-peer fundraising. Hundreds of individuals on more than 40 teams ran, walked, hiked, and creatively moved their way to a 4K from across the Greater Danbury area to Michigan, Virginia, New York, Washington D.C., Maine, and as far as California.

SafeWalk Chair, Kathy Graham of Ridgefield, expressed her gratitude. “I am very grateful to everyone who supported this year’s SafeWalk by either sponsoring, donating or walking. This was an important fundraiser because funds raised are critically needed to pay for the programs that are offered at no cost, 24/7, to help victims of domestic violence and sexual assault. But beside the funds, an equally significant aspect of SafeWalk is to raise awareness about the Women's Center. The Women's Center changes lives through crisis intervention, shelter, counseling, advocacy, and education. We want everyone to know that help is available to any man, woman or child who needs it. Thank you for helping us achieve that goal.”

Participants wore fitted SafeWalk baseball hats and enjoyed a coupon from Bagelman. For the first time, there was also a pet registration option this year for pets to proudly wear their SafeWalk bandanas while walking with their families. Many participants also wore purple in honor of Domestic Violence Awareness Month, a nationwide month of action that celebrates survivors and raises awareness not only about the issue, but also about the services available to help victims and survivors be safe.

Marcia Nelson of Ridgefield, the three-time highest individual fundraiser, added, “I am grateful to generous friends and family members who support the Women’s Center through my SafeWalk fundraising efforts, who value the necessity of the critical work done there, and donate to ensure this continuity of service. After all, isn’t it a basic human right to want to be ‘Safe at Home, School, and Everywhere In Between’? Your support of SafeWalk and the Women’s Center is greatly appreciated.”

Fairfield County Bank’s Strength in Numbers was the highest fundraising team for the third year in a row. Newtown High School’s Girls Inspiring Girls claimed the title of the highest youth fundraising team, also for the third year in a row. Kristin English, an English teacher at Newtown High School who helps organize the team explained, “Girls Inspiring Girls, a Newtown High School club, works hard to support both the school community and the community at large. We know what the Women’s Center of Greater Danbury offers to women and families in the area, and SafeWalk is our favorite event every year. This year’s team, led by the club’s president, Maggie Breault, wanted to make this our most successful year yet. People need help now more than ever.”

They were joined by other youth teams from the area, including second highest youth fundraising team, Ridgefield Academy, and third highest National Charity League - Ridgefield Chapter.

To donate, please visit www.wcogd.org/events or contact Linda Cummins, Special Events Manager, at 203-731-5200 x232 or  This email address is being protected from spambots. You need JavaScript enabled to view it. .

The Women’s Center provides free and confidential services to prevent or lessen the trauma associated with domestic violence, sexual assault and other major life transitions to thousands of women, children and men annually. The programs of the Women’s Center are supported by state and local government, area United Way agencies and the people and businesses in the communities we serve including Bethel, Bridgewater, Brookfield, Danbury, Kent, New Fairfield, New Milford, Newtown, Redding, Ridgefield, Roxbury, Sherman, and Washington, CT.