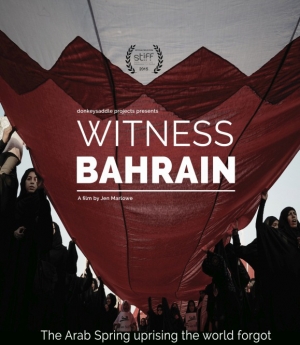 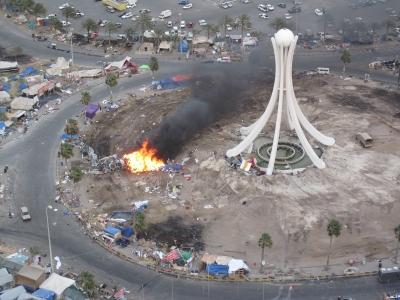 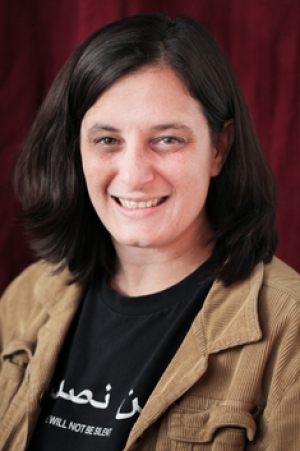 The Ridgefield Playhouse Film Society: Documentary Film Series presents the award-winning film Witness Bahrain, directed and produced by Jen Marlowe, on Saturday, February 6 at 7:30 p.m. Jen Marlowe and Nabeel Rajab, President & Co-Founder Bahrain Center for Human Rights, will be leading the discussion at the Q&A after the screening. The film is a piercing look into Bahrain two years after the Arab Spring, and documents a reality that is as relevant and under-covered by media today as when filmmaker Jen Marlowe was shooting the film. The film uncovers stories of doctors arrested and tortured for treating wounded protesters, nurses caring for injured youth at underground clinics, and children who were killed or arrested by riot police. Marlowe also filmed while hiding upstairs in the home of prominent human rights defender Nabeel Rajab as the police came to take him to prison because of Tweets he sent that the regime objected to. After being released after his initial incarceration, Rajab was re-arrested again for his online Tweets. The Bahrain government is denying entry to all but a few journalists and human rights defenders, so Marlowe had to enter the country under false pretenses and film clandestinely, and was ultimately deported by the Bahraini regime. The result is a compelling hour documentary film cut from guerrilla style footage shot with a small, hand held camera, capturing the most intimate, in-depth portrayal of the Bahraini government’s violent repression of Bahrain’s pro-democracy movement to date. Charles Mudede of Seattle's preeminent alternative weekly newspaper The Stranger called Witness Bahrain "One of the best documentaries I have seen this year." He described the film as "fearless, insightful, and has a big heart for those who are in this long but beautiful struggle." This screening is sponsored by The Ridgefield Press.

Jen Marlowe is a New York-based award-winning documentary filmmaker, author, human rights activist, and the founder of donkeysaddle projects. Her award-winning films in addition to Witness Bahrain include One Family in Gaza, Rebuilding Hope: Sudan’s Lost Boys Return Home, and Darfur Diaries: Message from Home. Her books include I Am Troy Davis, The Hour of Sunlight: One Palestinian’s Journey from Prisoner to Peacemaker, and Darfur Diaries: Stories of Survival.
For tickets ($10 adult, $7.50 senior, $5 students), call the box office at 203-438-5795, or visit ridgefieldplayhouse.org. The Ridgefield Playhouse is a non-profit performing arts center located at 80 East Ridge, parallel to Main Street, Ridgefield, CT.