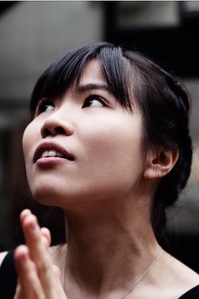 The performance will feature Mika, now a familiar face in the community through her performances at the Danbury Music Centre, playing some of her favorite and most inspiring music, including Ives, Beethoven, Robert and Clara Schumann, Liszt, as well as three of her contemporaries that she's worked with closely: Andy Akiho, Brad Balliet, and Ives Series Artistic Director, Paul Frucht.

A newly-minted doctor of musical arts - she received her degree last week from the Juilliard School, Mika has established herself as a sought-after chamber musician, soloist, and emerging educator. Since her solo debut with the Sinfonia of Cambridge at age seven, she appeared twice with the New Jersey Symphony Orchestra, and more recently with the 92Y Orchestra in New York City. Mika has performed frequently in the U.S., Europe and Japan, at venues including the Weill Recital Hall at Carnegie, Steinway Hall, Alice Tully Hall, 92nd Street Y, New Jersey Performing Arts Center, Palazzo Chigi Saracini (Italy), Minatomirai Hall (Japan), Tokyo Bunka Kaikan (Japan), Seiji Ozawa Hall at Tanglewood, and live on WQXR radio. Most recently, her solo debut CD album “Obsidian” was released on Yarlung Records, highly acclaimed by the Online Merker as “illuminat[ing] the artistic inspiration and creative exchange between these three Romantic souls,” Clara Schumann, Robert Schumann, and Johannes Brahms. Read more about Mika at mikasasaki.com

Admission is free and no tickets are required thanks to generous sponsorship from Connecticut Family Orthopedics.

About the Charles Ives Concert Series:

The Ives Series honors the legacy of Danbury’s hometown composers through the performance of the music of Ives, the music of today’s American composers, and music that transcends the traditional boundaries of classical music to incorporate pop music and other contemporary styles. The artists featured on the Ives Concert Series are some of America’s most acclaimed young performers, all of whom are graduates of America’s most prestigious conservatories including the Juilliard School, Yale University, the Curtis Institute, and Rice University. Led by artistic director and Danbury-native Paul Frucht and associate artistic director Jon Cziner, the series will present its final spring concert on June 3 and will return with four concerts in August.