Adam Ant Plays His Greatest Hits At The Ridgefield Playhouse on July 22 - Enter the Best Dressed for the 80s Contest!

Details
Published on Thursday, 19 July 2018 13:52
Written by The Ridgefield Playhouse 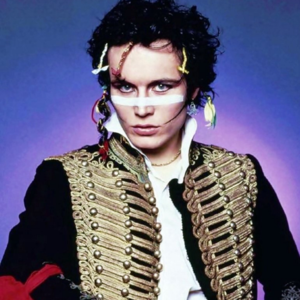 In the 1980s, Post-punk, New Wave superstar, Adam Ant, brought his art school education to the screens of MTV-watchers with a series of coy, tongue-in-cheek videos and hit songs like “Goody Two Shoes,” “Desperate But Not Serious,” “Stand and Deliver,” “Strip,” and “Ant Music.” From his early days in London as an underground, glam-punk pioneer with a cult-like following to his explosion on the world stage that would lead him to become one of the most iconic artists of the 80s, Ant’s musical career spans the course of nine albums and 25 chart-topping singles and more than 40 million albums sold worldwide. Adam Ant brings The Anthems tour to The Ridgefield Playhouse on Sunday, July 22nd at 8pm, part of the Pepsi Rock Series powered by Xfinity. Adam will play his classic chart-topping singles as well as rare singles, B sides and personal favorites. Dress in your best 1980s fashion to win an Adam Ant Prize package! Kicking off the night will be opening act, Prima Donna. Stop by Nature’s Temptations (32 Prospect St • Ridgefield) and enjoy a free smoothie with any purchase in July when you show your ticket to this show! Media partner for this event is 107.1 The Peak.

Adam Ant came to fame in the late 70s as the leader of seminal glam rock outfit Adam and the Ants. The group’s exotic aesthetic, exhilarating music and wonderful flamboyant music videos made them one of the hottest bands of the then-nascent MTV era. The group dissolved in 1982 and Ant elected to strike out as a solo artist. From his early days in London as an underground, post-punk artist with a cult-like following to his explosion on the world stage that would lead him to become one of the most iconic artists of the 80s, Adam’s musical career spans the course of nine albums and 25 chart-topping singles and more than 40 million albums sold worldwide. His 1979 debut album, Dirk Wears White Sox, was the first number-one album in the UK on the newly-created UK Independent Albums Chart. His follow-up album Kings of the Wild Frontier catapulted him to the world stage, spent 12 weeks at number one in the UK, produced three chart-topping singles: “Dog Eat Dog”, “Antmusic” and “Kings of the Wild Frontier” and featured his trademark Burundi Beat style of Central African drumming, a musical signature that remains to this day. As Antmania continued to sweep the nation, his third album, Prince Charming, introduced his landmark single “Stand and Deliver” that crowned the UK Singles Chart for five weeks and entered the US dance chart. In the United States, his fourth album, Friend or Foe with its massive hit “Goody Two Shoes” and follow-up hit “Desperate But Not Serious” turned him into a household name and earned him a Grammy nomination for Best New Artist.

Opening act Prima Donna is a garage- and punk-influenced rock band from Los Angeles. Their inspiration runs from ’50s rockabilly (Gene Vincent, Vince Taylor) through ’70s glam (Marc Bolan, Iggy Pop) and corners of rock & roll ranging from Ronnie Spector and the Stones through Nina Hagen and the Ramones.

For tickets ($125), call the box office at 203-438-5795, or visit ridgefieldplayhouse.org.  The Ridgefield Playhouse is a non-profit performing arts center located at 80 East Ridge, parallel to Main Street, Ridgefield, CT.