Lyle Lovett Returns to The Ridgefield Playhouse for Two Nights

Details
Published on Friday, 19 July 2019 18:25
Written by The Ridgefield Playhouse 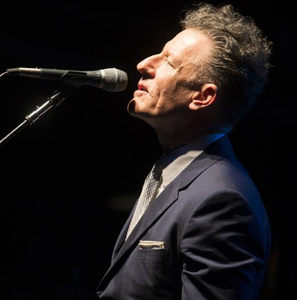 Lyle Lovett brings his Large Band when he returns to The Ridgefield Playhouse for 2 Nights July 30 & 31!

Lyle Lovett assembled his Large Band to support his genre-bending 1987 release, Pontiac, ranked one of Rolling Stone magazine’s top 500 albums. A modified big band complete with guitars, a cellist, a pianist, horns, and a gospel-trained backup singer, The Large Band recorded his next album, Lyle Lovett and His Large Band (1989) that went gold.

Now, the Grammy Award-winner returns to The Ridgefield Playhouse for 2 nights along with his Large Band Tuesday, July 30 and Wednesday, July 31 at 8pm, part of Doyle Coffin Architecture Singer-Songwriter Series.

Hits include “That’s Right (You’re Not From Texas),” “If I Had a Boat,” “Cowboy Man” and more!  On July 30th Make it a great night out with dinner and a show! Visit Bailey’s Backyard (23 Bailey Avenue, Ridgefield) for an early dinner and receive 10% off when you show your ticket! On July 31st, visit Southwest Cafe (109 Danbury Road, Ridgefield) for dinner before the show and enjoy a complimentary margarita with your entree when you show your ticket! Media sponsor for this show is WFUV.

Lovett’s live performances show not only the breadth of this Texas legend’s deep talents, but also the diversity of his influences, making him one of the most compelling and captivating musicians in popular music.  Since his self-titled debut in 1986, Lyle Lovett has evolved into one of music’s most vibrant and iconic performers.

Lovett began his career as a songwriter and was soon signed to MCA Records. His songwriting, as well as his unique delivery, quickly got him noticed by die-hard fans of traditional country music as well as fans of popular music and even punk, and ultimately gave him a diversely artistic career and a discerning intelligent cross-over audience.

A favorite actor of director Robert Altman, he can be found in Altman’s films: The Player, Shortcuts, Prete-a-Porter, Bastard Out of California and Cookie’s Fortune. He can also be found portraying memorable characters in the films The New Guy and Walk Hard: The Dewey Cox Story and as a featured musician in numerous others. On television, he has made many guest appearances on popular TV shows, including “Deadwood” and “Mad About You.”  In addition to music and acting, Lovett has an active interest in Quarter Horses which he owns and competes with in reining competitions.

Among his many accolades, besides the four Grammy Awards, Lovett was given the Americana Music Association’s inaugural Trailblazer Award, and was named Texas State Musician!  His works, rich and eclectic, are some of the most beloved of any artist working today.