Details
Published on Wednesday, 14 August 2019 15:37
Written by The Ridgefield Playhouse 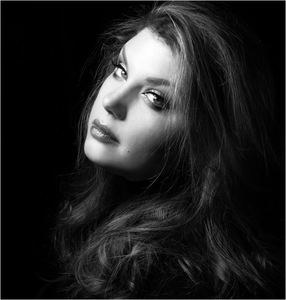 Grammy Award-nominated Jazz Vocalist Jane Monheit at The Ridgefield Playhouse on September 6 AND on September 7, Mavis Staples takes the stage - all part of for the 2nd Annual Ridgefield Jazz, Funk & Blues Weekend

Grammy Award-nominated jazz vocalist Jane Monheit returns to The Ridgefield Playhouse on Friday, September 6 at 8pm as part of the 2nd annual Ridgefield Jazz, Funk & Blues weekend! Jane has worked with many jazz greats including John Pizzarelli and Michael Bublé. The New York Times raves that Monheit “possesses a voice of phenomenal beauty.” This show is part of Moffly Media Evening of Art Wine & Jazz Series sponsored by Atria Senior Living. All ticket holders are invited to join us in the lobby for a complimentary Italian wine tasting by Pera Wines and a pre-show BBQ courtesy of BMW of Ridgefield, along with an art exhibit by Karen Beck! Check out the BMW on display the night of the show and enter to win a BMW for the Weekend, courtesy of BMW of Ridgefield!

At the young age of 20, Jane became first runner-up in the 1998 Thelonious Monk Institute’s vocal competition behind the late-great Teri Thornton. Soon after, she released her stunning debut album, Never Never Land, featuring Kenny Barron, Ron Carter, and Lewis Nash. It was her first of four recordings for N-Coded—a label founded by Dave Grusin and Larry Rosen with Phil Ramone. The album was voted Best Recording Debut by the Jazz Journalists Association and stayed on the Billboard Jazz chart for well over a year.

Come Dream with Me (N-coded) followed in 2001 with a No. 1 debut on the Billboard chart and included a wider range of Jane’s influences as well as popular jazz standards. In the Sun (2002) was recorded with lush string arrangements and a repertoire of songs from the 40s through the 70s. Further highlighting Jane’s range and command as a vocalist-musician, Live at the Rainbow Room (2003 DVD/CD) documents a performance at the iconic NY venue—a show with a full band and Symphony Orchestra, conducted by Alan Broadbent.

The albums kept coming, reflecting Jane’s dual interests in jazz and cabaret: Taking a Chance on Love, her label debut for Sony (2004) a swinging survey of show tunes; the Christmas-themed The Season (Sony, 2005); Surrender (Concord, 2007), which showed off her love of Brazilian music and paired her with none other than frequent collaborators Ivan Lins, Sergio Mendes, and Toots Thielemans; and The Lovers, The Dreamers and Me (Concord, 2009), which included songs by Paul Simon, Fiona Apple, and Burt Bacharach. To date, Jane has released ten studio albums and two best-of compilations, including her most recent release, The Songbook Sessions: Ella Fitzgerald.

For tickets ($35) call or visit the box office, 203-438-5795 or go online at ridgefieldplayhouse.org.  The Ridgefield Playhouse is a non-profit performing arts center located at 80 East Ridge, parallel to Main Street, Ridgefield, CT.