Details
Published on Friday, 01 November 2019 16:27
Written by The Ridgefield Playhouse 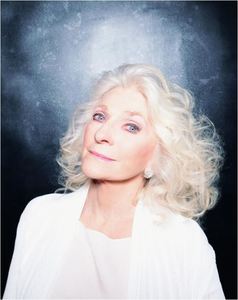 Judy Collins has recorded 50 albums in a five-decade career, earning multiple Grammy Awards, including one for her rendition of “Send in the Clowns.” She returns to The Ridgefield Playhouse for two holiday shows Wednesday, December 4th and Thursday, December 5th at 7:30pm. The tour is titled Winter Stories after her forthcoming album of seasonal folk songs. Collins will be joined by Norwegian singer-songwriter Jonas Fjeld, along with special guests Chatham County Line, who will open the show with a bluegrass set and join Collins and Fjeld for their performance. This event is part of the Holiday Series and Doyle Coffin Architecture Singer Songwriter Series. On December 4th, visit Bailey’s Backyard (23 Bailey Avenue, Ridgefield) for an early dinner and receive 10% off when you show your ticket! On December 5th, visit Tequila Escape Kitchen + Bar (439 Main Street, Ridgefield) for dinner before the show and enjoy 10% off your check when you show your ticket! Media partner for this event is WFUV The Real Alternative.

“I knew Jonas and Chatham County Line would be a great fit with me,” Judy says. “The language of music overarches everything, including geography. When we came together in the studio, we found we could speak to each other in a way that was compatible and nuanced.” Jonas adds: “What bonded us was a shared love of great songs.”

In February 2019, Judy, Jonas, and CCL (Chatham County Line) headed down to vibey Echo Mountain Studios—a former stately church—in Asheville, North Carolina. Prior to this, the three artists knew each other tangentially, but never officially worked together in this context. Jonas is a beloved Norwegian artist who might be best known internationally for his 1990s trio Danko/Fjeld/Andersen, featuring The Band’s Rick Danko. Since 2005, Jonas has toured and recorded three albums with CCL. In 2014, Judy recorded Jonas’s sublime track “Angels In The Snow.” The artists had three days of rehearsal and pre-production in which they picked the album’s core songs from a list of 20 potential seasonally-themed tunes. “I’m a winter guy—in my part of the world its winter 7 months of the year,” Jonas says, laughing. He adds: “Winter is a wonderful time to be close to the ones you love.”  From there, Judy, Jonas, and CCL, tracked album basics in a few days of fun and freewheeling recording sessions. Judy recalls: “We would gather around tell stories and exchange histories—that exchange is very much a part of the folk tradition.”

The resulting album, Winter Stories, is a collection of classics, new tunes, and a few surprises, featuring spirited lead vocal turns, breathtaking duets, and Judy’s stunning harmony singing. “Learning songs is fundamental to my core being—it’s always an adventure to peek behind the curtain to understand what the writer went through,” Judy adds.

The Playhouse engagement of Winter Stories is one a few select concerts Judy, Jonas, and Chatham County Line will perform. Don’t miss it

For tickets ($58) call or visit the box office, 203-438-5795 or go online at ridgefieldplayhouse.org.  The Ridgefield Playhouse is a non-profit performing arts center located at 80 East Ridge, parallel to Main Street, Ridgefield, CT.!